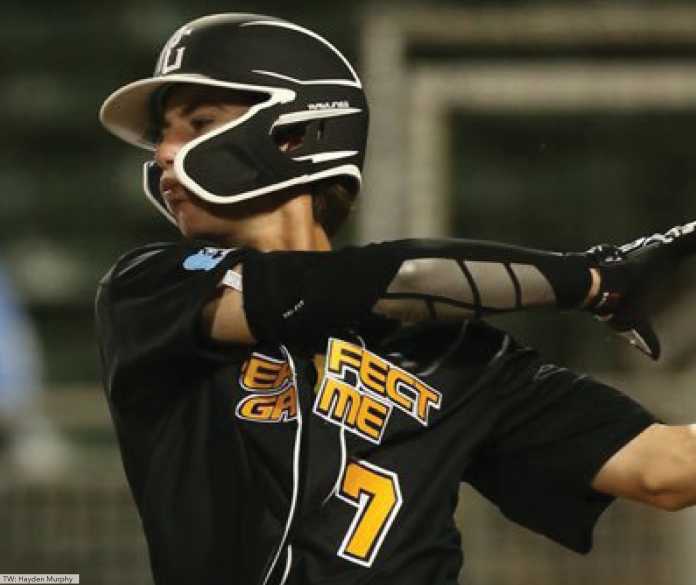 When taking an early look at the 2022 MLB Draft, there is, as usual, no shortage of top high school prospects expected to be taken early on. However, one could argue that the 2022 Draft is different from previous in particular through the fact that there are multiple top prep prospects from the state of Georgia expected to be taken very early, including three in the Top 10 overall.

Now yes, the state of Georgia has always had notable top talent available in the MLB Draft, most recently with Brady House and Harry Ford just last year. However, one could argue that the 2022 MLB Draft is shaping up to be a special one for the Peach State with six likely selections in the first three rounds. Here is a short look at who those six prospects are.

Arguably the top overall prospect available in the 2022 MLB Draft is Jones, an outfielder who is the son of former Atlanta Braves star Andruw Jones. The Wesleyan High School star has legit five-tool potential led by his elite-level speed and defense, potentially the best overall in the 2022 Draft.

Right there in the argument for the No. 1 overall pick with Jones is Johnson, a standout middle infielder from Mays High School. An elite hitter offensively from the left-side of the plate, Johnson can hit for both average and power, while also able to play either middle infield position defensively.

Undoubtedly the top prep pitcher in the draft is Lesko, a Buford High School standout who is coming off a phenomenal 2021 junior season that included a 0.35 ERA and Gatorade National Player of the Year honors. The right hander has some of the best pure stuff and command among any pitcher in this draft, and is a likely Top 10 pick.

One of the fastest rising players in the state of Georgia is Murphy, a right hander from Tiftarea Academy. An Auburn commit, Murphy has one of the top changeups among high school pitchers in this draft, as well as an impressive mid-90’s fastball and slider.

Undoubtedly the top catcher in the state of Georgia, Jones displays some of the best pure power among prep players in the 2022 draft having already been the co-champion of the High School Home Run Derby during last year’s MLB All-Star Game. The Walton High School backstop displays impressive power, as well as a strong arm behind the plate.

The Pace Academy standout has plus-speed on the basepaths, as well as a strong arm defensively at shortstop. The Vanderbilt commit also has exciting potential offensively, led by his ability to hit for contact combined with the previously mentioned speed.