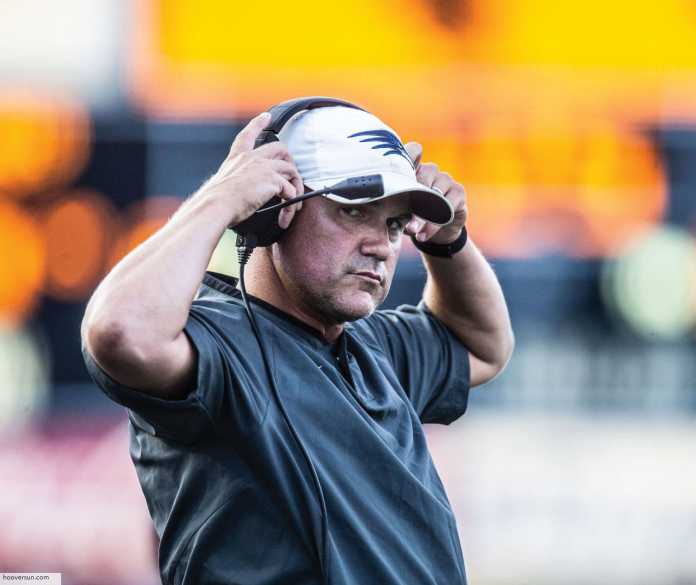 Despite the 2021 Alabama high school football season having officially concluded nearly a month ago, there are already some next steps being taken as the offseason begins in anticipation of the 2022 season through coaching changes. While coaching changes are always expected in every sport at the conclusion of each season, there have been a few notable long-time coaches who have stepped down, some of which the schools have already announced replacements.

Here is a look at some of the most notable football coaching changes across the state of Alabama so far.

After a 4-6 record in year one at Vestavia Hills, former head coach Sean Calhoun was named the head coach at Colquitt County in Georgia, and was replaced by Rob Evans, a former star defensive back with the Rebels. Evans returns to Vestavia Hills after having spent the last few seasons at Mountain Brook as the Spartans defensive coordinator.

One of the more dominant programs in the state in recent memory, long-time head coach Steve Mask stepped down at St. Paul’s Episcopal after the 2021 season, with Ham Barnett since being named the new head coach. Barnett has served as the Saints defensive coordinator each of the past two seasons, one of the top overall defenses in the entire state.

After a successful tenure as the head coach at Jackson-Olin, Tim Vakakes takes over as the new head coach at Spain Park, replacing long-time coach Shawn Raney. Vakakes led the Mustangs to a second round Class 6A playoff appearance during the 2021 season.

The back-to-back AISA 3A state champions, Pike Liberal Arts named Rush Hixon the head coach after leading the Patriots to the state title in 2021 as the interim. A former three-sport star and alumni at Pike Liberal Arts, Hixon previously served as an assistant for the Patriots.