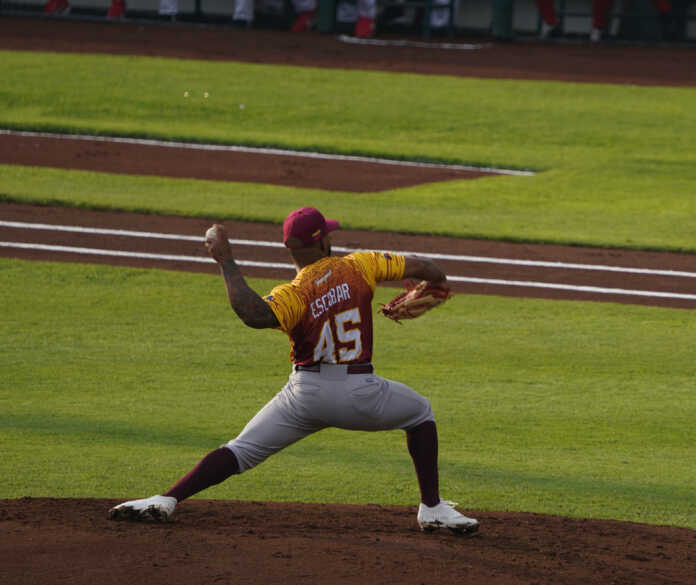 With the calendar having officially flipped to 2023, the anticipation surrounding the upcoming high school baseball season will only continue to grow. We join in the excitement with a series of season previews, beginning with a look at the top five right-handed pitchers in the country, plus a few honorable mentions.

Our list of top right-handed pitchers in high school baseball begins with Schoenwetter, a righty at San Marcos High School in California. A UC Santa Barbara commit, Schoenwetter posted a 3.23 ERA with 71 Ks in 39 IP as a junior last year.

An Alabama commit out of Madison High School in Virginia, Eldridge is one of the top two-way players – and perhaps the best of all – in the 2023 class. The rising senior is also a solid hitter and defender at first base.

Sykora, a 6-foot-6 flamethrower at Round Rock High in Texas, holds the No. 3 spot on this list of top right-handed pitchers in high school baseball. The Texas commit is a potential first-round pick in the 2023 MLB Draft, and he has one of the best fastballs of any arm in the 2023 class.

The No. 2 ranking goes to the 6-foot-5 Soto of Reborn Christian High School in Florida. Soto, a UCF commit, has some of the best velocity of any right-hander in the 2023 class and is likely to be selected in the first round of the 2023 MLB Draft.

While the gap is certainly slim, the No. 1 overall ranking entering the 2023 high school baseball season goes to Meyer, a 6-foot-5 right-hander at Jesuit High School in Oregon. Arguably the top high school pitcher in the 2023 MLB Draft, Meyer is committed to Oregon and is coming off a junior season in which he held a 10-0 record with a 0.72 ERA and 129 Ks in 58.1 IP.