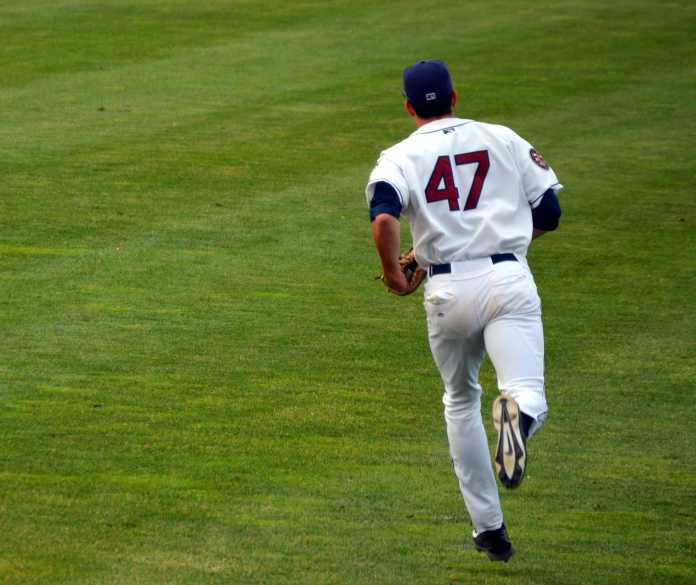 A group that includes some of baseball’s current stars, many of the top MLB free agents still remaining in free agency are likely to be signing with teams in the coming days and weeks as the 2022 season draws near. Names that may be familiar to baseball fans because of their time in the major leagues, where did some of these top MLB free agents play their high school baseball?

A two-time All-Star and Platinum Glove winner with the Houston Astros, Carlos Correa attended Puerto Rico Baseball Academy in Gurabo, Puerto Rico where the then Miami commit was rated by Perfect Game as the No. 1 overall prospect in the Class of 2012. Correa was selected No. 1 overall by the Astros in the 2012 MLB Draft, and has played in Houston since.

A former NL MVP, five-time All-Star, and 2021 World Series champion with the Atlanta Braves, Freddie Freeman attended El Modena High School in Orange, CA where he was rated as one of the top first baseman nationally in the 2007 class. Freeman was selected by Atlanta in the second round of the 2007 MLB Draft, and has remained with the Braves since.

The two-time All-Star with the Colorado Rockies, Trevor Story was rated as one of the top players in the state of Texas for the 2011 class where he attended Irving High School in Irving, TX. Similar to Correa and Freeman previously, Story has spent his entire career with Colorado after being selected by the Rockies in the first round back in 2011.

A former NL MVP and four-time All-Star, Kris Bryant originally attended Bonanza High School in Las Vegas, NV before spending three seasons at the University of San Diego. Drafted in the first round by the Chicago Cubs in the 2013 MLB Draft, Bryant spent the entirety of his career in Chicago before being traded to the San Francisco Giants at last season’s trade deadline.

A former standout at Archbishop McCarthy High School in Southwest Ranches, FL, Nick Castellanos is coming off his first All-Star appearance in 2021. Perfect Game’s No. 12 overall player in the Class of 2010, Castellanos was selected in the first round of the 2010 MLB Draft by the Detroit Tigers, and has spent time with the Tigers, Cubs, and Reds.

A three-time All-Star and four-time Gold Glove winner, Anthony Rizzo played his high school baseball in the state of Florida at Stoneman Douglas High School in Parkland, FL. A sixth round pick by the Boston Red Sox back in the 2007 MLB Draft, Rizzo has spent time in the major leagues so far with the Padres, Cubs, and Yankees.

Drafted by the New York Mets in the first round of the 2014 MLB Draft out of Oregon State University, Michael Conforto attended Redmond High School in Redmond, WA where he was a career .363 hitter across three seasons. Conforto has spent every season of his career so far with the Mets.

Kyle Schwarber attended Middletown High School in Middletown, OH, before attending Indiana-Bloomington where he was drafted by the Chicago Cubs in the first round of the 2014 MLB Draft. A first-time All-Star in 2021, Schwarber has spent time with the Cubs, Nationals, and Red Sox so far during his career.

One of the most accomplished current pitchers in baseball, Zack Greinke is a former Cy Young winner, six-time All-Star, and six-time Gold Glove winner. The 38-year-old right-hander was drafted in the first round of the 2002 MLB Draft out of Apopka High School in Apopka, FL.

A five-time All-Star and former NL MVP, Andrew McCutchen attended Fort Meade High School in Fort Meade, FL before being selected in the first round of the 2005 MLB Draft by the Pittsburgh Pirates. McCutchen has spent time with the Pirates, Giants, Yankees, and Phillies so far during his 13-year MLB career.

A former two-sport star at Palo Alto High School in Palo Alto, CA, Joc Pederson had only 1,300+ receiving yards during his high school career, as well as batting .466 during his senior season. Pederson was drafted by the Los Angeles Dodgers in the 11th round of the 2010 MLB Draft, and has since won two World Series with the Dodgers and Atlanta Braves.

Who are some more MLB free agents that we missed?