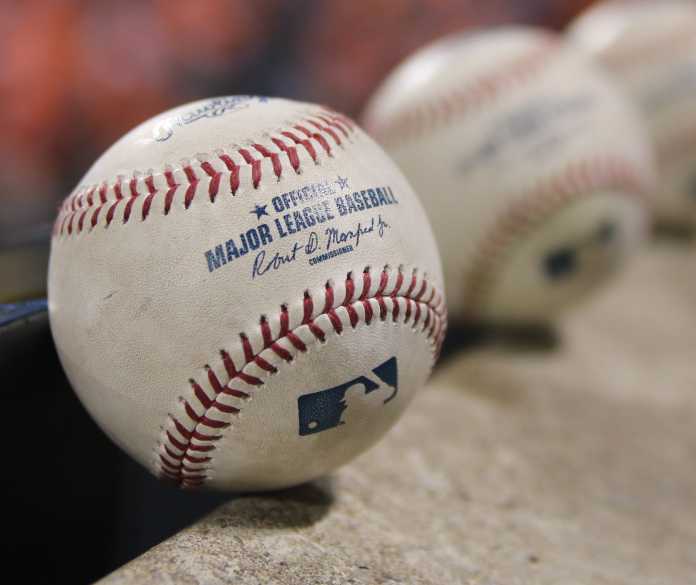 With the 2023 edition of the World Baseball Classic looming next summer, USA Baseball is preparing to defend its 2017 title by putting together a dream team that includes some of the game’s current greats. Looking at this potential lineup got us thinking: What were these players like in high school? Here’s a look back at seven WBC hopefuls before they were household names.

Trout, the All-Star outfielder for the Los Angeles Angels, would certainly be a strength for USA Baseball in the 2023 World Baseball Classic. He attended Millville Senior High School in New Jersey, graduating in the Class of 2009. Trout also played travel baseball with Tri-State Arsenal throughout his high school years. He was selected with the No. 25 overall pick in the 2009 MLB Draft by the Angels out of high school.

The Philadelphia Phillies outfielder has one of the more well-known high school stories in baseball, having attended Nevada’s Las Vegas High School, where he graduated early to attend the College of Southern Nevada. Harper was drafted out of the JUCO ranks in the 2010 MLB Draft, where he was taken No. 1 overall by the Washington Nationals.

Arenado, the St. Louis Cardinals third baseman, attended El Toro High School in California, where he was one of the state’s top-hitting shortstops. Also playing travel baseball with the ASD Bulldogs, Arenado was drafted out of high school in the 2009 MLB Draft, taken in the second round by the Colorado Rockies.

Occupying the opposite side of the diamond from Arenado in St. Louis, Goldschmidt played his high school baseball at The Woodlands High School in Texas. He was taken in the 49th round of the 2006 MLB Draft by the Los Angeles Dodgers, but decided to attend Texas State University instead. The first baseman was ultimately taken in the eighth round in 2009 by the Arizona Diamondbacks.

A middle infielder for the Boston Red Sox, Story attended Irving High School, where he was one of Texas’s top overall players in the 2011 class. Story also played for the Dallas Patriots on the travel baseball circuit and was selected No. 45 overall in the 2011 MLB Draft by the Colorado Rockies.

One of baseball’s top home run hitters, Alonso graduated from Plant High School in Florida before taking his talents to Gainesville to play collegiately for the in-state Gators. At the conclusion of his Florida career, Alonso was taken in the second round of the 2016 MLB Draft by the New York Mets.

The starting catcher for the Phillies, Realmuto is a former prep standout from Oklahoma, where he attended Carl Albert High School. After his high school graduation, Realmuto was selected in the third round of the 2010 MLB Draft by the Florida (now Miami) Marlins.