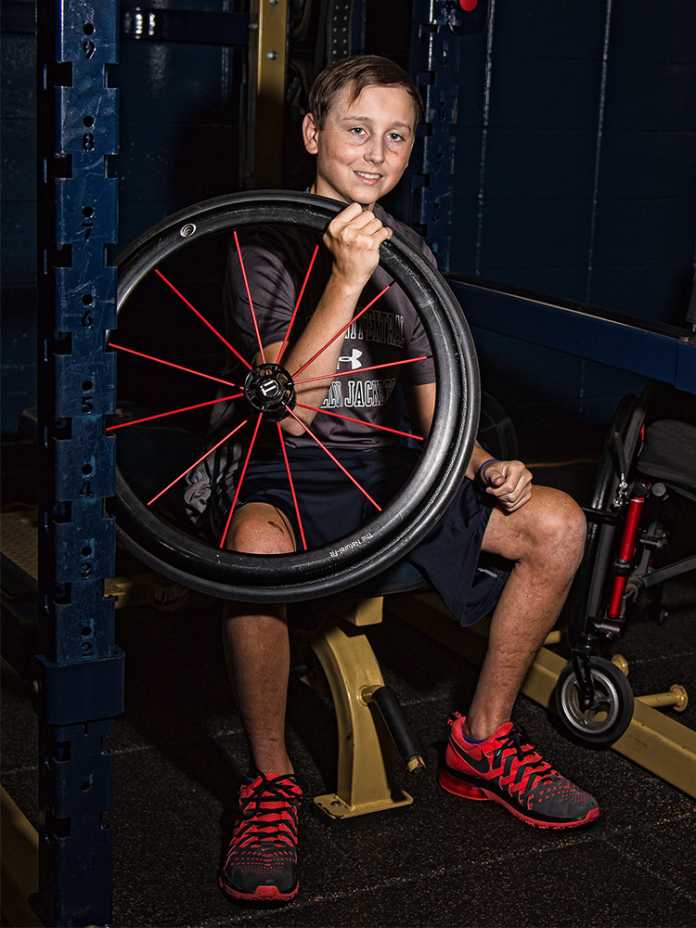 Athletes know how to run, jump, lift, swing, swim, shoot, and throw. Their task is to do the aforementioned better and faster than their competition. Nick Brinson, a senior at Thomas County Central High School, is also an athlete. His goal, however, isn’t to run faster, hit harder, lift more, or shoot better. No, Nick Brinson would simply like to walk again in front of his friends and family, across the stage during his high school graduation later this school year.

In April of 2011, doctors diagnosed Brinson with medulloblastoma, a kind of brain cancer. At the time, Brinson had been playing football in a local league and playing tennis for his school team. The day after his final tennis match, he was riding a skateboard when he fell and hit his head. He experienced concussion-like symptoms over the next 24 hours, which landed him in the emergency room. Doctors discovered that his symptoms were not caused by a concussion but instead by tumors near his brain stem. 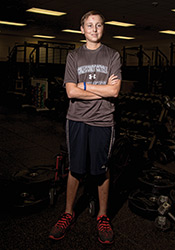 In that one moment, the entire direction for the entire Brinson family changed dramatically and irreversibly.

“I was real angry at first. I wanted to get better so I could play sports again. But that didn’t happen,” says Brinson. What did happen was surgery followed by the requisite treatments. The treatments were successful at getting rid of the cancer but the surgery caused posterior fossa syndrome, a rare condition that often shows up following surgery near the brain stem. Posterior fossa syndrome describes a variety of ailments that affect speech, mobility, swallowing, and balance, among others. Brinson, the once active young man who dreamed of playing sports for Thomas County Central High School, was left with limited mobility and speech.

Since his disabilities surfaced, Brinson has worked tirelessly to overcome his obstacles. Now, over four years later, he has a singular goal in mind: Walk across the stage at graduation and receive his diploma, just like everyone else. While Brinson uses a wheelchair at school, he is able to walk and can even climb the stairs in his home. “The first time I saw him do that, it really scared me,” says his mom, Jennifer.

Brinson’s problem is his balance – he has the strength and determination to walk across the stage but he has trouble maintaining his balance. For Brinson, getting ready for graduation is akin to preparing for a sporting event. He has to practice every day, work out, and get after it even when he doesn’t feel like it. And there are plenty of days when Brinson doesn’t want to go through another training session. He spends time in the gym working out, focusing on those exercises that build the muscles he will need to achieve his goal. He also takes part in hippotherapy, which involves riding horses as a way of building balance and stamina.

Brinson can’t participate in the sports he used to before he was diagnosed. Instead, getting ready to walk across the stage is his sport. He approaches the task as though he was getting ready for a football game or a tennis match. Therapy and gym sessions are his practices, graduation is his game. And he has vowed to be in peak physical condition when it’s time to get his diploma. “The whole school and the entire senior class knows Nick and his story. They are very supportive and encouraging,” says Jennifer Brinson.

The spring will be a big time of the year for Brinson. Right now, he’s cancer-free. In April, if the cancer stays away, he will be declared in remission. Having successfully battled that foe, he will have to overcome the posterior fossa syndrome. If he continues to work, he has a really good chance of regaining his pre-cancer mobility and speech. “He can make an almost complete recovery if he continues to work and put in the time in therapy. He can be almost where he was before. Nick wants to be independent and have the life he deserves. He’s adapted well to his disabilities but he wants his independence back,” says Jennifer.

And Nick Brinson will take those first steps toward independence onstage, at graduation, in front of all of his family and friends.

For Nick Brinson, walking across the graduation stage is just the beginning. He would like to attend college and major in business. “I don’t really know where I’ll go to college. I haven’t decided yet,” he says. His mother says that Brinson isn’t necessarily looking at staying close to home. “He wants to move off, go to school, get an apartment – all those really scary things,” she states. 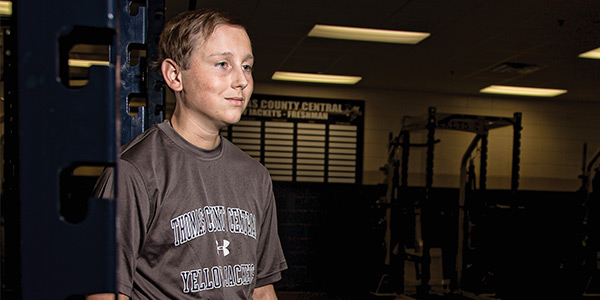