In the Life of a Coach’s Wife: Claudette Giles-Gillespie 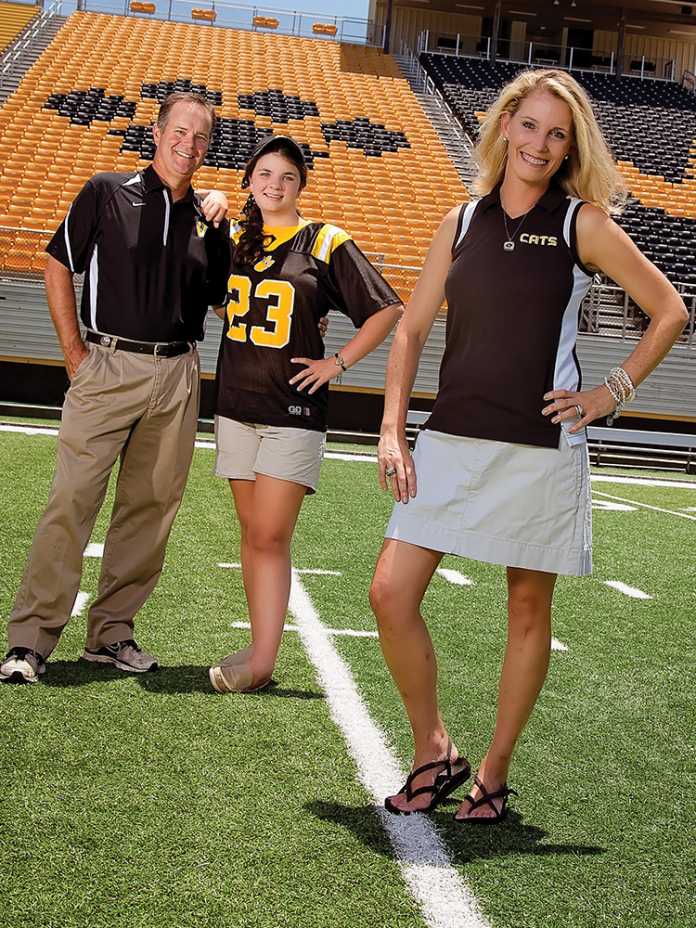 “When Rance and I married, I had no idea what we were getting into. All I knew is that coaches worked with teams and coached kids. We got married when we were 23. We were young, and I had no idea,” says Claudette Giles-Gillespie, wife of Valdosta High School head football coach Rance Gillespie.

So what does she think now, after 23 years as the wife of a football coach? “It’s definitely been a journey with a lot of different turns. It’s been fun taking the journey together. But you have to be an independent person. You can’t be high maintenance, or it won’t work. You have to embrace it and just go with it or have a lot of really good hobbies, because your husband just won’t be around.”

Rance and Claudette grew up in Clayton, in the northeast corner of the state in Rabun County. They lived in the same neighborhood within walking distance of each other’s homes. “His grandmother lived between us. I literally married the boy next door,” she laughs. Though they were neighbors, they didn’t meet until they were in the seventh grade. Giles-Gillespie couldn’t date until she turned 16; once she celebrated her 16th birthday, she and Rance began dating. They dated through high school and college. Initially, Rance wanted to be a doctor. He was a pre-med major until his senior year, when he decided to become a coach. Together, they stepped into a world that involved moving, brutal work schedules, politics, and life in the public’s eye. 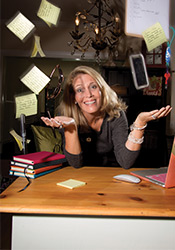 And neither one would trade it for anything in the world.

Rance Gillespie’s career has taken him all over the state and beyond. First a graduate assistant at Gardner-Webb University in North Carolina, Gillespie has coached at Elbert County, Thomasville, Coffee County, Banks County, Peach County, Georgia Southern University, and, since 2010, at Valdosta High. Some of those stops have been more high profile than others. But none have placed him in the public’s eye like the Valdosta job. “You know, it’s a fun place. There’s nothing like it. You just have to jump in and go with it. I enjoy it. You look at what you have control over and what you can’t control. Then you focus on those things you can control. We have each other and the people who support us. We just put on black and gold and get ready each Friday night,” says Giles-Gillespie.

Being the coach’s wife in a place like Valdosta isn’t easy. There are supporters of the program, but there are also lots of people – some very vocal – who have unfavorable opinions. To the best of her ability, she tries to block out the negative and remain at her husband’s side, no matter what.

“My job is to be Rance’s number-one partner. If no one is standing there with him, that’s my job. Win, lose, or tie – I’m going to be by his side. I will be there for him and make sure our daughter’s relationship with him is based on the time she spends with him, not what someone else says,” states Giles-Gillespie.

The Gillespies have one child, Kennedy, who is now 14. They were married for a decade before Kennedy was born. Once a child entered the picture, an already hectic life took an even greater detour.

“The journey took another turn when we had a child. Then I saw how coaching can affect a family. The time schedule isn’t always favorable for a family. Rance can’t always be there for a lot of events. That’s when Mom becomes Mom and Dad. Kennedy doesn’t know it any differently. We just try to make sure our time together is quality time. I didn’t anticipate all of that. We have to focus on what we have, not what we miss,” she says.

Despite the challenges, the journey has been quite rewarding. Coach Gillespie has experienced a great deal of success during his career. In many ways, he rescued what, at the time, was an embattled Valdosta High program. His Wildcats won a region title in his second year at as head coach, their first since 2003. His teams have also made the playoffs every year he’s been in Valdosta. To Giles-Gillespie, however, the most rewarding moments don’t necessarily involve wins and losses. She sees firsthand the hours her husband puts into the Valdosta High program. That includes player evaluation, public appearances, and game plan development. But it also includes time spent one-on-one with kids who may not have anything else positive in their lives. The opportunity that football gives them is often the one factor that determines whether they do something productive with their lives or whether they end up as a tragic statistic.

“Wins are great but they only last for a moment. Then Monday comes around again. Keeping up with kids who we have come into contact with in the past is what is rewarding. Making a difference, giving a kid an opportunity – those moments are special. I love hearing from kids whose lives may not have turned out the way they did if Rance hadn’t given them an opportunity. That’s a pretty good feeling.”

It’s not an easy life, but it’s one that Claudette Giles-Gillespie has found to be both enjoyable and satisfying. She has had to buy houses all by herself (“I just told Rance to show up at the closing; he couldn’t believe I made the offer and bought it myself”), convince co-workers she was indeed married (“I had a job once where my co-workers thought Rance was a make-believe person”), and find time for Kennedy to grab a few hours with her father. “‘For better or for worse’ has a different meaning now, 23 years later. We do the best we can to do life together. As a coaching family, it’s a lot different than having an 8-5 career. But we don’t know anything different. It’s certainly been fun,” she says.

Following our conversation, Claudette Giles-Gillespie sent me the following text message: “It is very hard to give you a picture of the coaching life in one phone conversation. It’s fun, challenging, busy, exhausting, rewarding, on-call full-time and can certainly be crazy. It demands a great deal from a wife and a commitment to endure what comes with the profession. Rance’s love and passion for football has blessed my life in many ways as well as challenged me to pursue higher levels of excellence both professionally and personally. I’m not sure what I’ll do when he decides to retire. It will be a very different life. I’m sure it will be challenging for both of us because this life, a coach’s life, is what we’ve always lived. Maybe a balance at that time will be easier to manage. Until then, the scales of life in the Gillespie home are more heavily weighted on my end. Please look at two scriptures that I hold tightly to: ‘Whatever you do, do your work heartily, as for the Lord rather than for men’ (Colossians 3:23); and ‘He has told you, O man, what is good; And what does the Lord require of you but to do justice, to love kindness, and to walk humbly with your God?’ (Micah 6:8). This is an awesome challenge we all have regardless of the lives or careers we have. Celebrating life with wins is always the goal of a coach, the prayer of his wife, and of course the hope or expectation of others.” 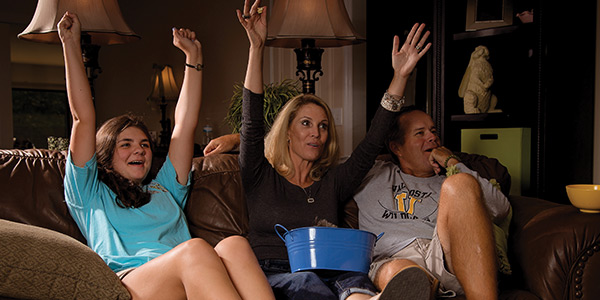