Every so often there is a moment when fashion and football collide. When it happens, fans talk about it for weeks, if not the entire season. Whether it’s Seattle Seahawks quarterback Russell Wilson and his red carpet looks with wife, Ciara, or Odell Beckham Jr. and his $2 million watch. Fans talk.

Recently, the Jacksonville Jaguars welcomed rookie quarterback Gardner Minshew II as he stepped in to lead the team after Nick Foles’s injury at the beginning of the season. Fans have already adapted to the #MinshewMania hashtag and have been wearing fake mustaches and bandanas around their heads in full support. It’s safe to say that Minshew has his own unique style that will be loved by many.

Recently, a photo of Minshew arriving to San Antonio for a game last year went viral. You can’t help but notice his outfit. It looked like he came right out of the ’70s – wearing a grey, disco-sequenced shirt, an all-red pants suit, and a white belt. His mustache looked untrimmed, and his chest hair was in full view. A fashion icon in his own right.

Being in half-nude can also be a form of fashion, right? If you’re Minshew, then the answer is yes. According to the Washington Post, Minshew works out partially clothed. I guess all a professional football player needs for exercise are a jockstrap, shades, and a headband.

During a postgame interview when the Jags won against the Tennessee Titans, Minshew briefly spoke about his strange ritual.

“You don’t want any friction from clothes, so the best way is to just, you know, do it free,” he said.

Every day you learn something new. 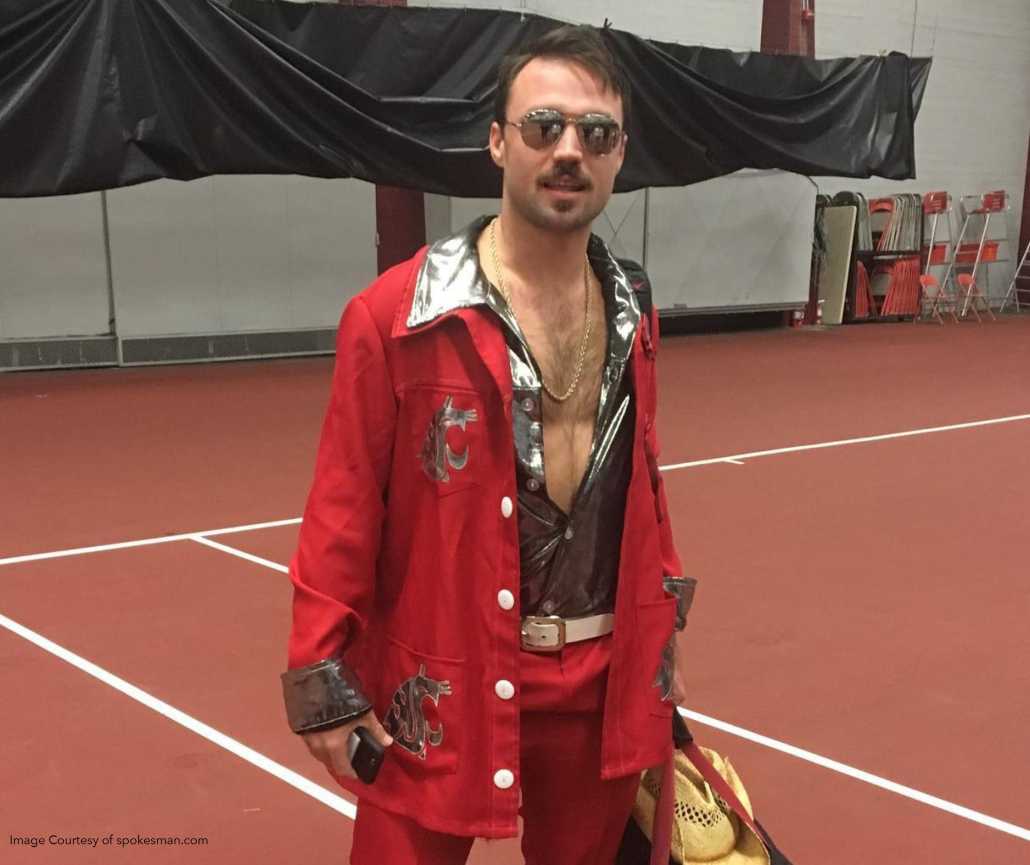 And the Kick Is Good!
Scroll to top