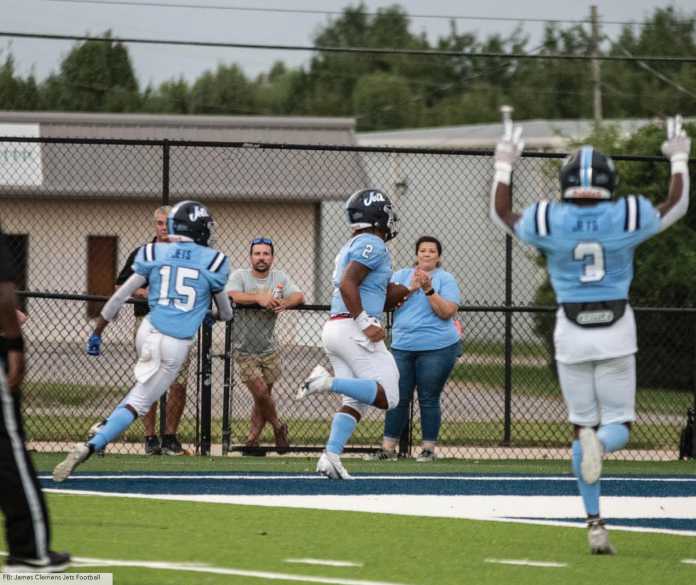 Each Classification’s Sleeper Team for the 2021 Playoffs

While everyone knows the tops teams in the state, what about the “sleeper” teams? You know, teams that you know are good, but aren’t necessarily the favorites to win it all?

Looking at this high school football season so far, there are a few teams in particular in each classification that you could certainly label as a sleeper team to make a deep-run in the playoffs in their respective classifications. So, here are those teams, starting with Class 7A.

There are a total of six undefeated teams in Class 7A with James Clemens arguably the one receiving the least-attention of all. The Jets currently sit at 6-0 on the year, as well as a 3-0 record in region play. While the quality of opponents haven’t yet been what they have compared to other teams in Class 7A, James Clemens has looked very-good so far against opponents, and could be a sleeper team in the 7A playoffs this season.

After missing the 6A playoffs a year ago, Jackson-Olin is well on their way to seeing playoff football this season. Currently 5-0, as well as 2-0 in region play, the Mustangs own two notable wins in-particular over Pinson Valley and Fairfield. Jackson-Olin has been impressive so-far, but a big-time matchup looms this Friday night against arguably 6A’s top team in Clay-Chalkville.

There are numerous teams to choose from in Class 5A, but Leeds is certainly one that sticks-out in particular. Leeds is one of five undefeated teams in Class 5A as they currently sit at 6-0 this season, and 3-0 in region play. After a second-round playoff appearance a year ago, can the Greenwave make a deep run this season?

With four clear options in Class 4A, you could make an argument that Randolph School isn’t being talked about enough. Currently 6-0 overall and 3-0 in region play, the Raiders display a dominant offense with numerous playmakers that is averaging 38.3 PPG while having only allowed 47 total all season. After a first round playoff appearance last season, can the Raiders make a deep run?

When looking at “dominant” teams in their respective classifications, it won’t get much-better than Winfield so far this season. The Pirates sit at 6-0 and 3-0 in region play, as well as scoring 246 total points this season compared to only allowing 35. Is Winfield the sleeper team in Class 3A?

Ariton has dominated after a first round playoff exit a year ago, and is the clear choice in Class 2A. Currently 6-0 overall and 3-0 in region play, the Purple Cats also own impressive wins over Long, Slocomb, and Geneva County. Should Ariton be considered the favorite in Class 2A?

Wadley currently sports an impressive 6-0 record this season, as well as being 3-0 in region play. The Bulldogs have one of the top run-games in 1A, and could be a sleeper team in the 1A playoffs after a first round exit a year ago.

Lee-Scott is the obvious choice in AISA Class 3A holding impressive wins over Glenwood and Macon-East. The Warriors hold a 3-2 record on the season, as well as 1-1 in region play, and could make a deep run in the 3A playoffs after a first round exit a year ago.

After a first round playoff exit a year ago, you could certainly make an argument that the Generals are the top team in AISA Class 2A. Sitting at 5-0 on the season, Autauga has been dominant on both sides of the ball this season.

After a second round playoff exit a year ago, you could certainly make an argument that Sparta is the top AISA 1A team this season. Sitting at 5-0 overall, Sparta is an impressive 4-0 in road games.