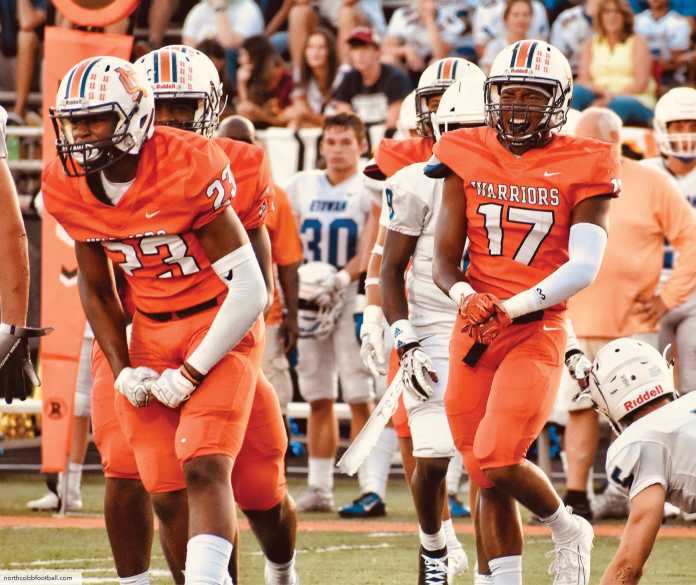 Considered as two of the top Class 7A teams in the states of Georgia and Florida, who would win if North Cobb and St. Thomas Aquinas met this season?

North Cobb currently sports a 10-1 record on the season, and have outscored opponents by a combined 418-147 so far this season. Having won 10 straight since a season opening loss, the Warriors own multiple impressive wins on the season, and feature one of the top offenses in Georgia headlined by the duo of quarterback Malachi Singleton and wide receiver De’Nylon Morrissette.

St. Thomas Aquinas also sits at 10-1 on the season, and have outscored opponents by a combined 455-131 for the year. The Raiders also own numerous impressive wins over some of the top teams in Florida, as well as a talented roster headlined by offensive lineman Julian Armella and quarterback Zion Turner.