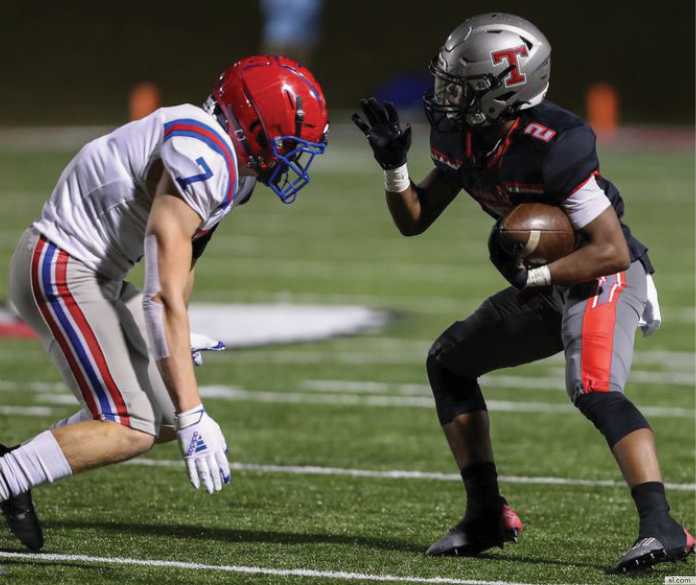 One of the top players for the state’s top team, Thompson wide receiver Ryan Peppins has been named Alabama Mr. Football for the 2021 season.

Also the 2021 Class 7A Back of the Year, Peppins caught a total of 80 passes for 1,379 yards and 23 touchdowns for the 7A state champion Warriors this past season, as well as being named Class 7A First-Team All-State. An impactful part of the high-powered Warriors offense, the Utah commit finished his high school career as a three-time state champion at Thompson, as well as having hauled in a career 172 passes with 2,755 receiving yards and 41 touchdowns.