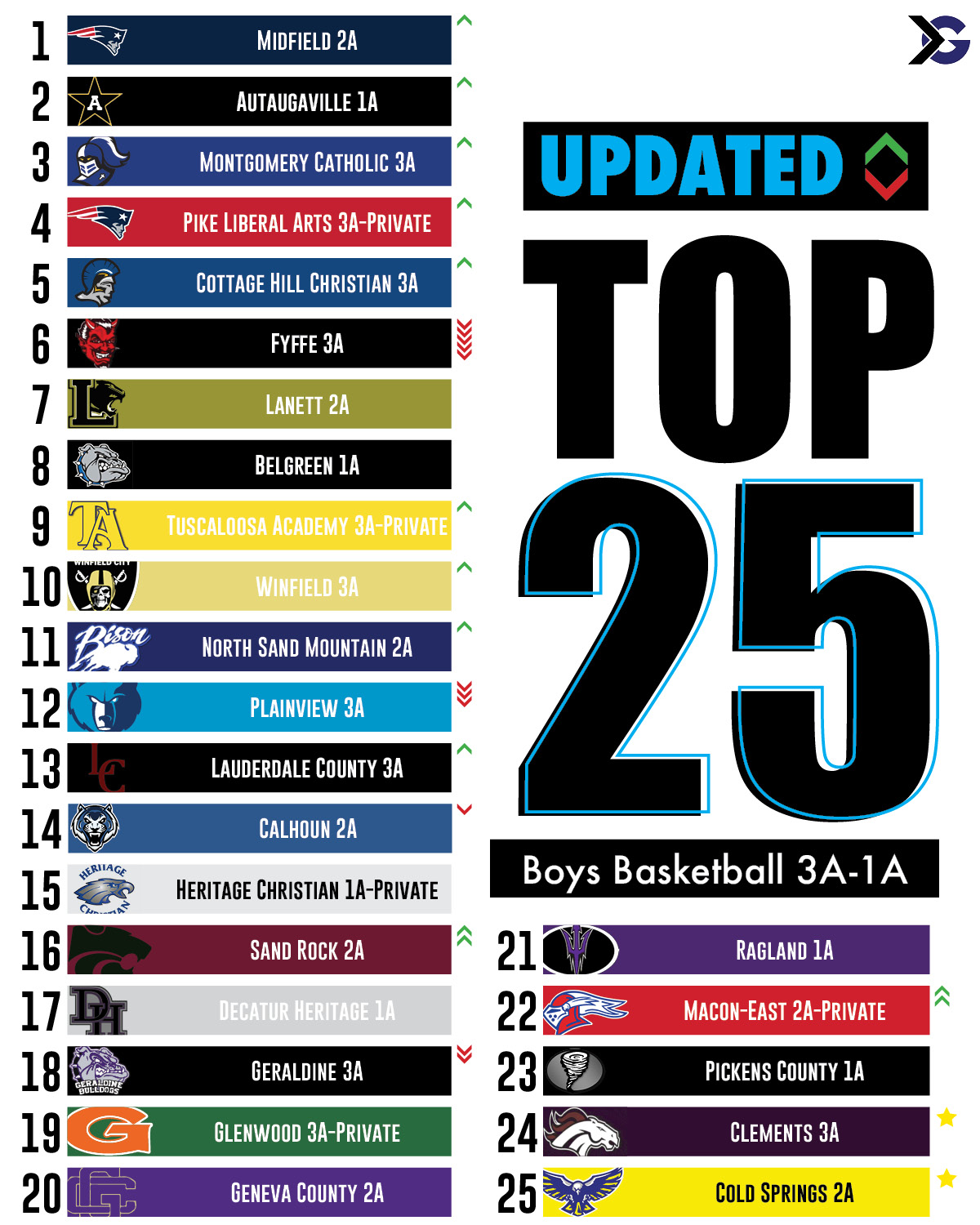 In this week’s Top 25 3A-1A Alabama high school boys basketball rankings, Class 2A’s Midfield takes over the No. 1 spot after a strong start to the 2021-22 season.

Class 3A’s Clements enters the Top 25 after an impressive 8-0 start, while Class 2A’s Cold Springs also debuts after a 4-1 start. In addition to those two, a few teams also made notable rises, such as Sand Rock and Macon-East, while previous No. 1 Fyffe took the biggest drop. 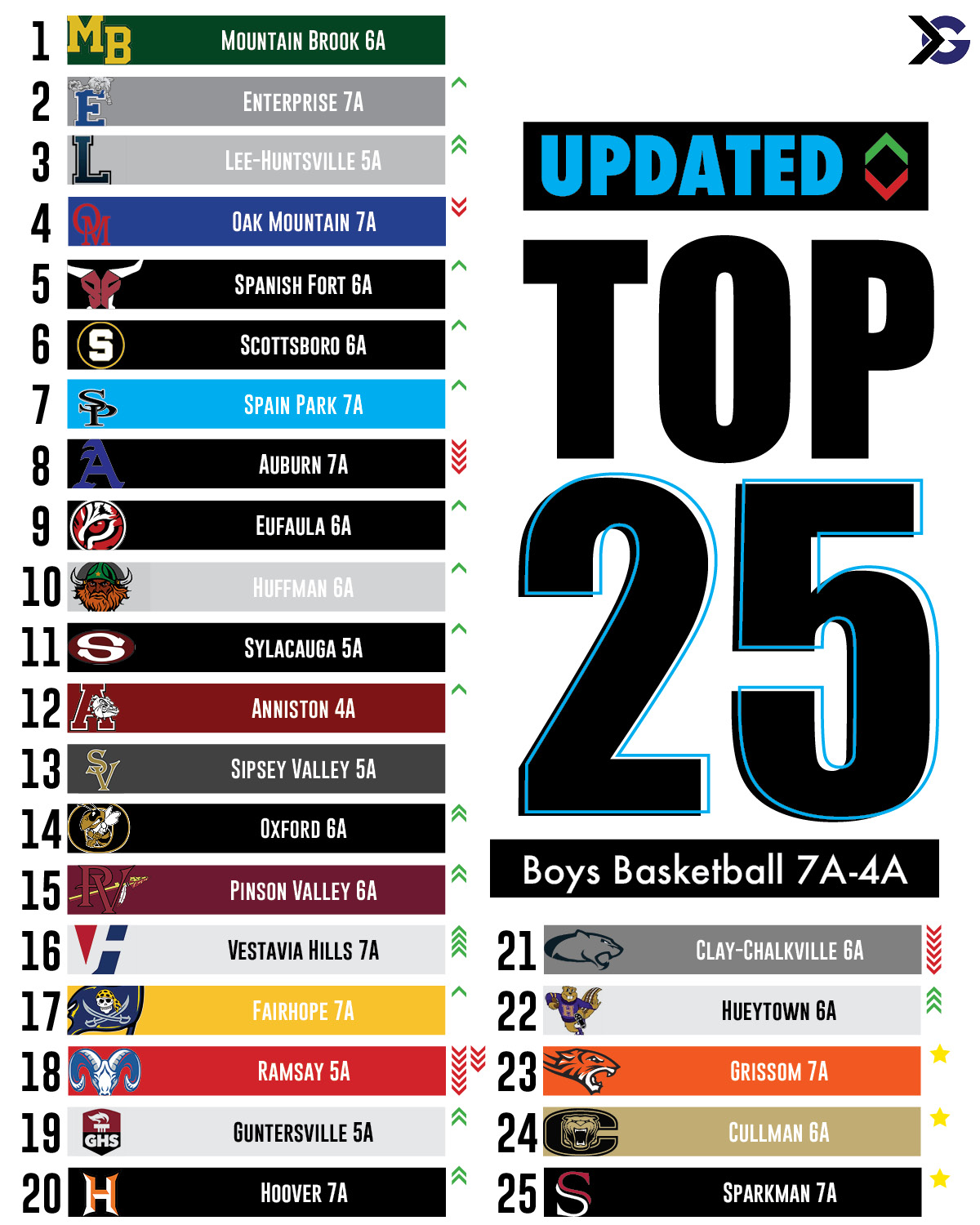 The Class 7A-4A Alabama high school boys basketball rankings saw change at almost every spot in this week’s update. Mountain Brook is the only exception and holds on to the top spot with a 7-0 start to the season.