Alabama Game of the Week Preview: Thompson vs. Clay-Chalkville 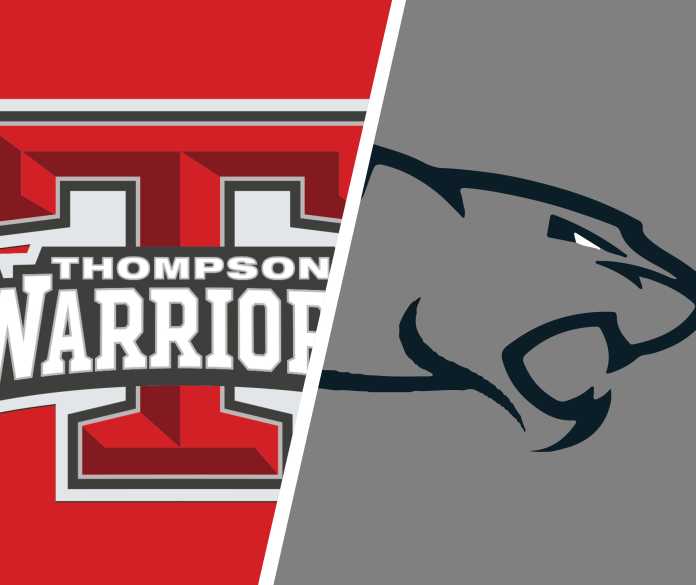 Week 6 of the 2022 Alabama high school football season is loaded with intriguing matchups between top in-state teams, as well as one of the state’s best (Central-Phenix City) hosting one of the nation’s best (IMG Academy). But one matchup stands out above others in that group, and it’s one we have previously talked about wanting to see. Read on for our preview of Thompson vs. Clay-Chalkville this Friday night.

This battle of Alabama high school football elites is one of the most anticipated matchups of the 2022 season, pitting the defending 7A state champion against the 6A state champion. What makes this game so intriguing? Let’s take a look at each team coming in, beginning with the Warriors.

After dropping its first two games against out-of-state teams, Thompson (3-2, 3-0 in 7A-Region 3) is coming off a dominant 48-3 win on the road against Chelsea. The victory was Thompson’s third straight game scoring 30+ points, a span in which they have outscored opponents 117-31.

Averaging 27.6 ppg, the Warriors offense is led by quarterback Zach Sims, a junior who has accounted for 8 total touchdowns in the first four games of the season. Fellow junior AJ Green is the top option at running back, while KB Williams, Deuce Oliver, and Kolby Hearn have emerged as the biggest names at receiver.

Defensively, the Warriors are surrendering 18.6 ppg and are led by the five-star senior duo of Peter Woods and Tony Mitchell. Sophomore Anquon Fegans is a key name in the Warriors secondary, while Jake Ivie, Kaleb Harris, Seth Hampton, Kelby Taylor, and Caleb Ballard are also names to know.

Clay-Chalkville (5-0, 3-0 in 6A-Region 6) maintained its undefeated season by defeating Center Point a week ago, 56-19. Center Point’s 19 points were the most the Cougars have allowed this season, with the previous high being 12 against Pinson Valley.

On defense, the Cougars have allowed only 39 total points to opponents this season. Headlining this group is one of Class 6A’s top linebackers, DJ Barber, while others such as Matthew Yafondo, Randall Cole, and Arshaun Davis are also key names to know.

Overall, expect this Thompson vs. Clay-Chalkville matchup to deliver on the hype. As for the outcome, I’ll say Thompson comes away with a close win.