Doug Marrone and the Looming Question

I’m writing this on Nov. 4, so as of now we haven’t gotten an official announcement on who the Jags are planning to start at QB after the bye week. Nick Foles will be eligible to return from his broken clavicle injury, leaving Marrone with a beyond tough decision, the type of decision that could dictate his future as a head coach.

Foles has shown waves of being incredible, but he’s also had many struggles throughout his career. There seems to be this whole misconception that since they paid him all that money, they have to play him. They have to pay him either way; whether he’s on the field or the bench is irrelevant.

Even after watching Minshew struggle Sunday, he made some plays Foles simply can’t. Foles, being a veteran in the league, will likely accept the backup job like a mature professional, and having gotten his contract and Superbowl MVP, he doesn’t have much left to accomplish.Minshew has brought a new life to the franchise and has earned his spot as a starter.

Marrone said on the evening of Nov. 3 that he would make the decision in the next 48 hours.

Guardians of the Gate

NFL Hall of Famers' Letter to the League 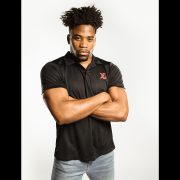 Motivated to Play, Determined to Heal

Beyond the Game with Rashad Jennings