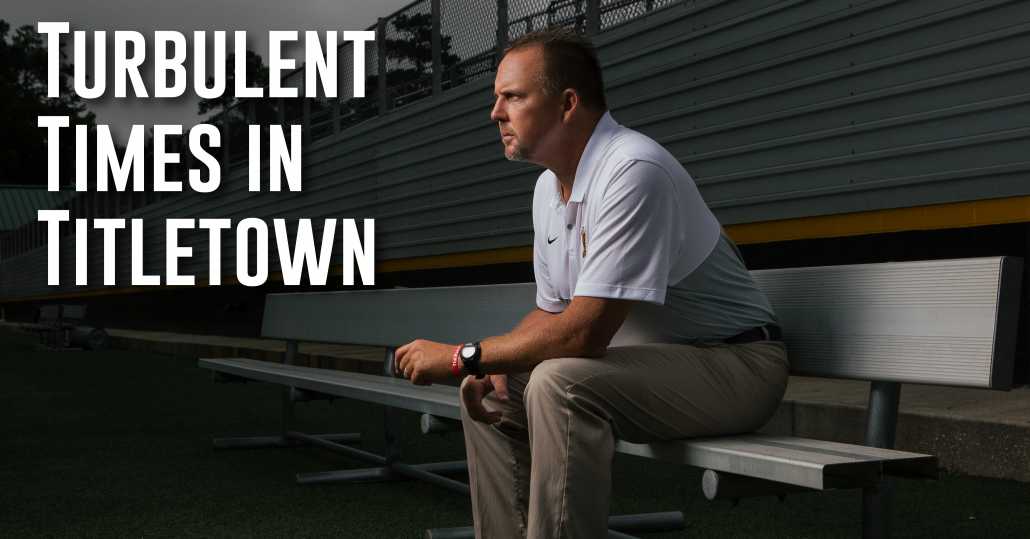 The Decision to remove Alan Rodemaker from his head coach position at Valdosta High School has left a town divided and questions unanswered. What are the potential ramifications from this decision?

Rarely does an entire town stop. But for a few days, it felt like Valdosta did.

On Jan. 29, the Valdosta Board of Education voted 5-4 to remove Alan Rodemaker as the head coach of the Valdosta Wildcats. The news sent shock waves throughout the entire state, as one of the biggest jobs in the state had become available. In the late hours of Tuesday night, the board made this decision, despite recommendations from the superintendent to renew Rodemaker’s contract.

According to Rodemaker, the board didn’t give him a chance to defend himself, and he said that he had never met the board members who voted to remove him from the head coach position.

Based on the outcry across social media, there could be some major changes to Valdosta football. And behind the scenes, the ramifications of this decision go well beyond football. In a battle of funding and personal agendas, the community has rallied and tried to take action for their embattled coach. Rodemaker mentioned that he was told by Executive Director of the Touchdown Club “Nub” Nelson that private donors are pulling their funding for “Feed the Cats,” a program made to feed the student-athletes every day at Valdosta High School. Other rumors are swirling of Touchdown Club members pulling their funding altogether.

The program’s future remains in a state of limbo. The loss of funding would put the high school in a tough position to hire a top coach, leaving them struggling for relevance in coming seasons.

Booster clubs are an integral part to the success of high school athletic programs. State funding isn’t there, and the booster clubs make up for the difference out of their own pockets. Any sort of faction within a booster club can only cause problems for the program.

If the speculation is true, one has to wonder why the board went against the wishes of the advisory committee and members of the Touchdown Club? It seems that gross negligence and personal agendas are getting in the way of what actually matters: developing these student-athletes into strong members of society and the community.

Rodemaker’s numbers speak for themselves: a 36-17 record in four seasons, a state championship in his first year in 2016, and a consistently great football team. The Wildcats have had one of the best offenses in the state the past two seasons.

Rodemaker said publicly that he has spoken to several members of the community, including members of the Valdosta Touchdown Club, who are outraged by the decision. He is using public backing as grounds for a revote.

He also said on “The Morning Drive With Steve Nichols” that he’s never felt his job was in jeopardy. He said he never had issues with any superior or staff member that made him feel like he wasn’t performing to expectations or that he was doing anything that would besmirch the Valdosta name.

The Valdosta Daily Times, conducted a poll in which they asked, “Do you agree with the Valdosta City School Board of Education’s decision to not renew the contract of Valdosta High football coach Alan Rodemaker?” After one day of voting, nearly 94% of voters disagree with the decision. One tweet has gone viral that says, “In Rod we trust.”

While I haven’t had an opportunity to meet Alan Rodemaker personally, many of my colleagues at ITG Next can speak to his work ethic and character. Not to mention the voices that his players, students, and community have used to defend him speak volumes about his character. His reputation, barring any report that says otherwise, seems impeccable.

The battle between the public and politics will be heard on Feb. 11, when the next board meeting is scheduled. Will the Board of Education stand by their decision or offer clarity behind their reasoning? Or will they listen to the public, their voters, and possibly do what is in the best interest of the Valdosta Wildcats?

Fighting to Stay Together