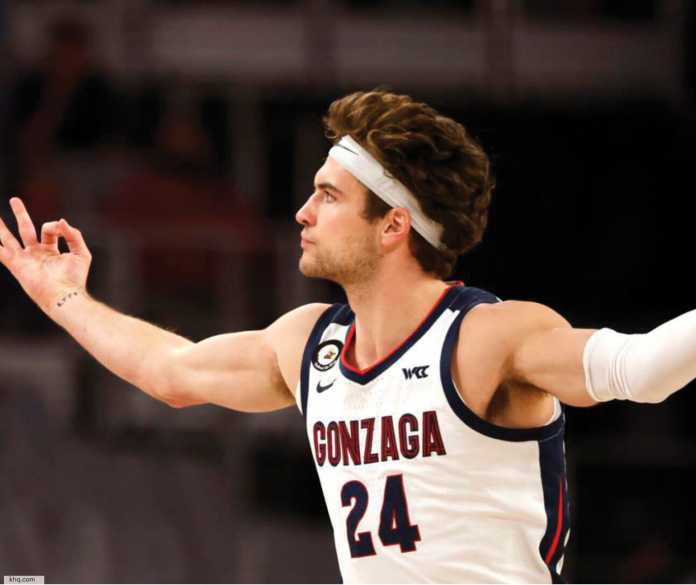 With the 2021 NCAA Men’s Basketball Tournament set to begin this week, a few former high school standout players are leading their teams as one of the top five teams in the country. If you think they’re good now, just imagine what they were like in high school. Let’s take a look at the some of the top March Madness players and see where they played their high school basketball before taking center stage in this year’s NCAA tournament.

One of the nation’s best 3-point shooters, Kispert grew up in Washington where he was a standout for King’s High School. The current Gonzaga senior led King’s to a state championship during his junior season while also winning tournament MVP by averaging 23.9 PPG, 6.8 RPG, 3.4 APG, and 2.3 SPG during his junior season. Kispert averaged 25+ PPG during his senior season before suffering an injury, and was rated as a four-star out of high school where he committed to Gonzaga.

Butler played for Riverside Academy in Louisiana where he was a two-time All-State selection and won three state championships in his high school career. Butler averaged 23.9 PPG, 8.8 RPG, and 7.5 APG combined during his junior and senior seasons where he won awards including Player of the Year and First-Team All-State. Butler was rated as a Top 100 player nationally, as well as the No. 2 player in Louisiana before he ended up at Baylor.

Dosunmu was a five-star recruit out of high school where he averaged 23.6 PPG, 7.2 RPG, and 8.1 APG combined during his junior and senior seasons where he led Morgan Park (IL) to two-straight IHSA 3A State Championships. Ayo was elected as consensus First-Team All-State in Illinois according to multiple outlets, and he also helped lead Team USA to a gold medal at the FIBA U18 Championship.

Luka Garza is one of the top overall players in college basketball, and as expected was dominant in high school as well. Garza averaged 24.6 PPG, 11.7 RPG, and 2.5 BPG during his senior season for Maret School (D.C.), while also putting up very similar numbers during his sophomore and junior. Garza left Maret as the leading scorer in school history with 1,993 career points, and is now leading Iowa as one of the top scorers in college basketball.