Top 5 Most Expensive Contracts in Sports 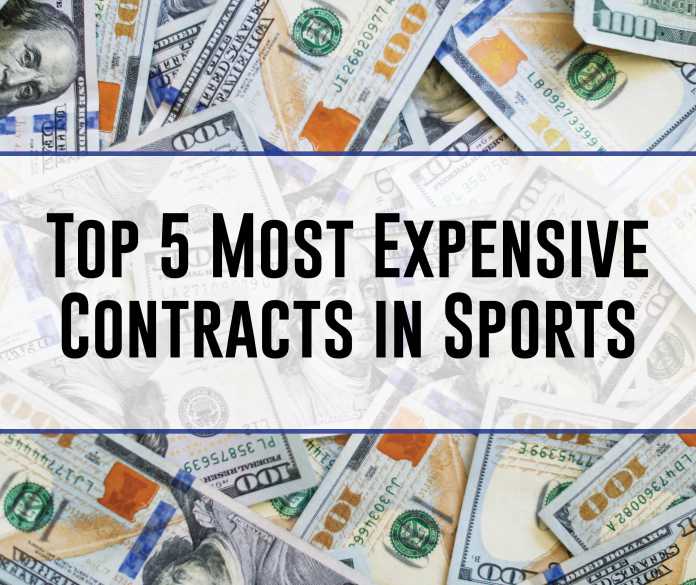 Top 5 Most Expensive Contracts in Sports

Professional athletes can rake in millions of dollars playing their sport. They can make millions on a single contract! Here is a list of the 5 most expensive contracts in sports history.

The Super Bowl’s Most Valuable Player in 2020 has earned the highest sports contract in the world from the Kansas City Chiefs. He’s widely considered the best quarterback in the NFL, especially after leading the Chiefs to their first Super Bowl victory in 40 years.

The Los Angeles Angels signed the star center-fielder to MLB’s highest contract ever. Although he hasn’t won a championship yet, he’s an eight-time All-Star and a three-time MVP.

Mexican boxer Canelo Alvarez signed his contract with DAZN in 2018. He’s one of the biggest names in the sport of boxing, holding a record of 52 wins and only one loss against the biggest name in boxing: Floyd Mayweather.

The Washington Nationals selected Harper as a first-round draft pick, and he has certainly delivered on their expectations. He was the National League rookie of the year, is a four-time All-Star, and was the youngest MVP ever back in 2015. Some experts consider him a generational talent, deserving of such a lucrative contract.

Topping off this list is yet another baseball player, Stanton, who plays for the New York Yankees. He’s a four-time All-Star who’s led the National League in home runs twice. His career has been hindered by injuries, but his performance on the field earned him one of the most expensive contracts in all of sports.