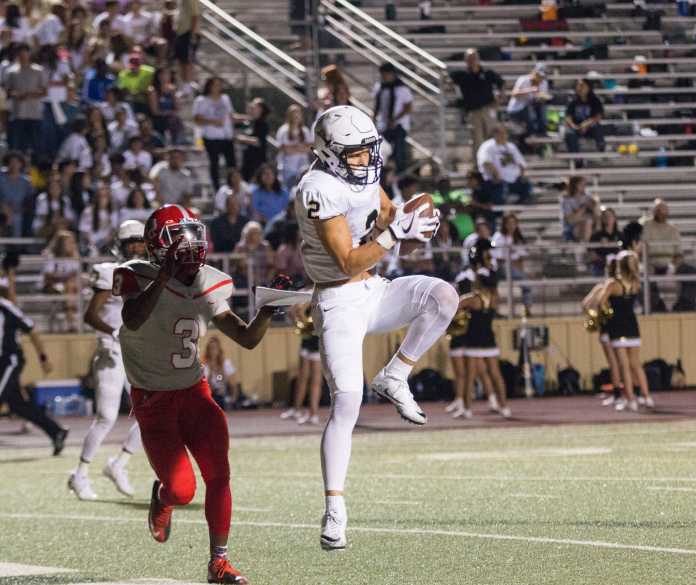 While the defensive back talent in Alabama high school football this season is largely known by the cornerbacks, don’t sleep on the safeties. Here are the top names returning at the position in 2022, a group that features multiple four-star recruits.

A First Team All-State selection a year ago, Nelson heads the list of returning Alabama high school safeties. The Selma standout, a four-star prospect in the 2023 class, collected 72 tackles a year ago, as well as an eye-popping eight interceptions.

A four-star prospect, Smith returns to Munford for his senior season as one of the top defensive names in Class 4A. The versatile Smith holds offers from over 25 collegiate programs, and is currently committed to Tennessee.

Thompson is one of the state’s top players in the 2024 class – and one of the most exciting overall playmakers in Alabama high school football. He returns in 2022 after receiving First Team All-State honors a year ago as a sophomore. The four-star Thompson truly does it all for Mars Hill Bible, and is considered an elite prospect on both sides of the ball.

This four-star 2023 prospect could easily go on a Top 10 cornerback list as well. A standout for Alabama Christian on both sides of the ball, he’s a highly rated recruit at both defensive back positions and could potentially play either at the next level.

Another “do-it-all” type player on this list, Metcalf returns in 2022 with the potential to play a significant role on both sides of the ball for Pinson Valley. A three-star prospect in the 2023 class, Metcalf is a name to know, as he’ll likely be one of the top playmakers in the state.

A three-star prospect in the 2023 class, Dunn returns as the leader of what should be a strong Hillcrest-Tuscaloosa defense. Dunn collected 75 tackles as a junior a year ago, along with nine TFL and four interceptions.

Pearson, a First Team All-State selection a year ago, does it all for Orange Beach, including rushing for 1,095 yards and 17 touchdowns a year ago. On the defensive side, the three-star is one of the state’s top safeties, having collected 65 tackles and four interceptions last season.

An All-State selection a year ago, Mayers returns in 2022 as one of the top Alabama high school safeties in Class 7A. The James Clemens standout collected 74 tackles a year ago for the Jets, as well as five interceptions.

Fegans, One of the state’s top players in the 2025 class, is undoubtedly a name to know after a freshman season for defending 7A state champion Thompson that included 50 total tackles and two interceptions.

The final spot on our list of Top 10 Alabama high school safeties goes to Jackson, a versatile DB from Baldwin County. The rising senior is one of the state’s top returning tacklers in 2022, coming off a season that included 110 total tackles and nine interceptions.