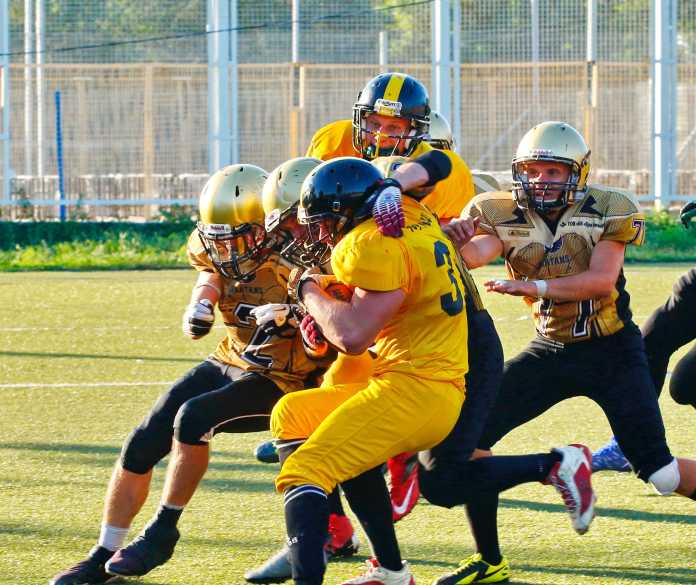 While there aren’t as many prominent names as the defensive line boasts, the linebacker position does feature a few notable players statewide. Here are the top 10 Alabama high school linebackers returning for the 2022 season.

While there are numerous options to choose from here, the first spot among top 10 Alabama high school linebackers goes to Overton. The state’s top 2023 linebacker recruit, the Carroll standout is rated as a four-star prospect, as well as one of Alabama’s top 20 players in the 2023 class.

Regardless of classification, there are few linebackers statewide who enjoyed a better 2021 season than Barber. A First Team All-State selection for Class 6A state champion Clay-Chalkville, Barber collected 141 tackles a year ago, along with 12 TFL and nine sacks.

Muse, one of the state’s top 2023 linebacker recruits, returns for his senior season as one of the leaders of the Jackson-Olin defense. The three-star prospect holds offers from prominent collegiate schools such as Auburn, Oregon, Tennessee and more.

A First Team All-State selection last season, Purifoy returns for defending Class 4A state champion Vigor as one of the top names in 5A. The rising junior collected 123 tackles last season, with 20 TFL and eight sacks.

One of the top linebackers returning in Class 7A in 2022 is Jones, a Second Team All-State selection from Bob Jones. As a junior, Jones collected 91 tackles, seven TFL and two sacks.

You will be hard-pressed to find a better season than the one Jones enjoyed as one of the state’s top tacklers a year ago. The Sparkman standout collected 175 tackles a year ago, with 17 TFL and 3.5 sacks.

Another one of the state’s leading tacklers who returns for the 2022 season is Pickens. The Jackson standout earned Second Team All-State honors a year ago while collecting 190 tackles with 11 TFL and three sacks.

One of the state’s more versatile linebackers, Hampton is a name to know for defending Class 7A state champion Thompson entering the 2022 season. Hampton is coming off a junior campaign that included 69 tackles, 16 TFL, and two sacks a year ago, and now has a potential monster senior season on deck.

The final spot on this list of top 10 Alabama high school linebackers goes to another notable name returning in Class 7A, Hewitt-Trussville’s Jones. The rising senior is coming off a season in which he collected 109 tackles across 12 games for the Huskies with nine TFL.