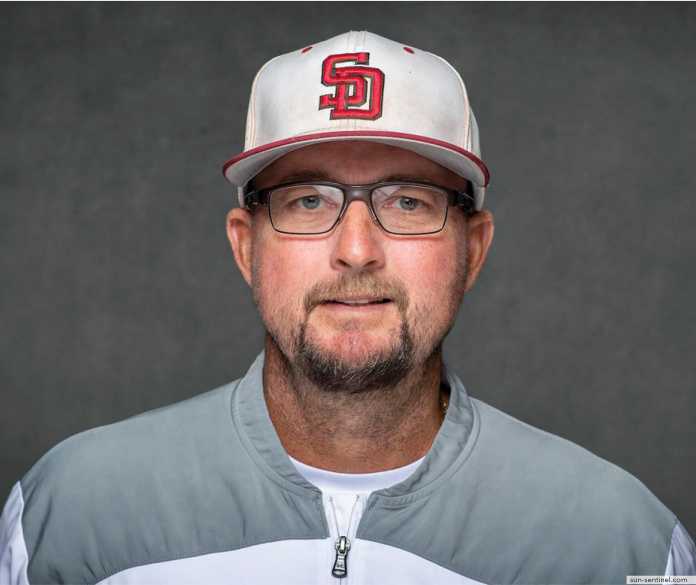 After leading his team to a 28-2 record this past season and a Class 7A state championship, Stoneman Douglas baseball coach Todd Fitz-Gerald was named Coach of the Year by Florida Dairy Farmers on June 17.

According to an article by the South Florida Sun Sentinel, this marks the second time Fitz-Gerald has received the honor, as he won it in 2016, too.

It was quite the season for the Eagles, as they finished with a .316 batting average overall and a team ERA of 1.57, according to MaxPreps.

We’ll see if Stoneman Douglas can repeat as champions again next season.

Jackson Baumeister Is a Young Legend in the Making