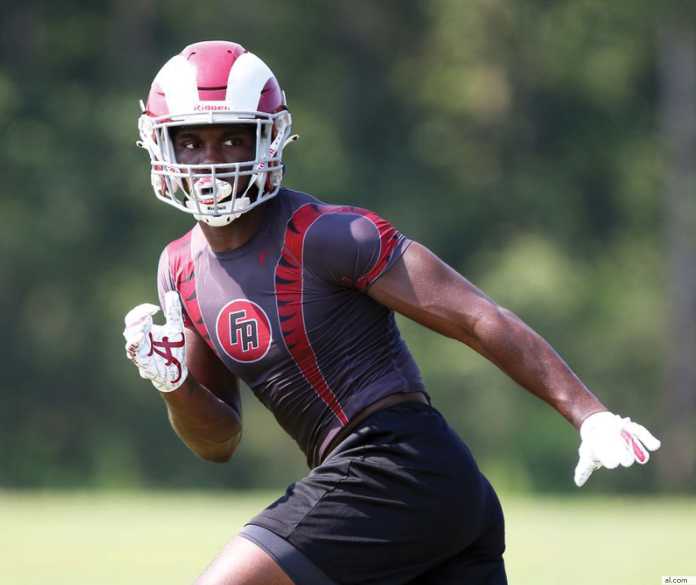 With the 2021 Alabama high school football season having officially ended, the focus begins to shift toward Signing Day for the state’s Class of 2022 recruits, many of which still remain uncommitted including a few top names. With the Early Signing Period set to take place this week, let’s look at some of the notable 2022 recruits from the state of Alabama that are still currently uncommitted. – All rankings courtesy of the 247Sports Composite

One of the top overall linebackers in the country, the four-star is rated as a consensus Top 100 player nationally, as well as the No. 3 overall player in the state. A former Florida commit, Shemar James has interest from multiple schools including the Gators, as well as Alabama and Georgia in particular.

Alongside James as a Top-100 player nationally is Khurtiss Perry, an elite pass rusher coming off a phenomenal season with Class 5A state champion Pike Road where the four-star collected a total of 96 tackles and 23 sacks. Perry will be deciding from a final list of five schools – Alabama, Auburn, Clemson, Texas, and UCF.

A former Oregon commit, TJ Dudley is a consensus four-star prospect who is rated as the No. 10 overall player in the state of Alabama. Dudley has interest from numerous schools, most-notably Oregon and Texas.

The state’s top quarterback recruit, Tanner Bailey is a four-star prospect who is rated as the No. 11 overall player in the state, as well as one of the Top 15 overall quarterbacks in the country. Also a former Oregon commit, Bailey has interest from multiple schools including the Ducks and Indiana.

The fifth highest rated uncommitted recruit in the state is Laquan Robinson, a three-star safety from Greenville who is rated as the No. 21 overall player in Alabama. A player who has seen time at multiple positions over the past two years, Robinson has interest from multiple schools, most-notably Auburn and Ole Miss.