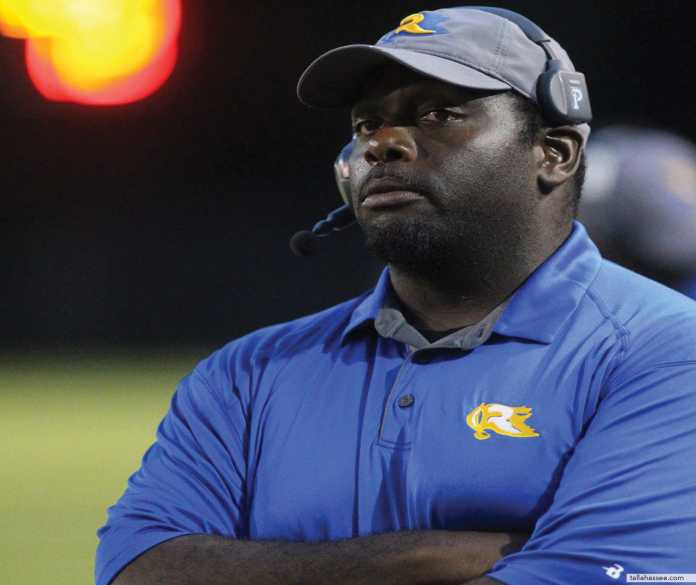 At the start of the 2020 season, the state’s capital had a few teams that sported some decent odds of making a run at the FHSAA championship. That list of teams did not include the Rickards Raiders.

Rickards went 10-2 on their way to the 5A state championship game; they finished 3-7 last season and 2-8 the year before that. Coach Quintin Lewis, who should be considered for Coach of the Year for this stunning turnaround, deserves all the credit in the world for this season’s results.

This season the Raiders played hard, trusted their coaches, believed in each other, and kept focus. Somewhere, there was hope that this program, which has plenty of talent and solid coaching, would make a run. And you better believe they did.

This experienced group has competed with each other since middle school, so it’s not hard to see why they were successful this season. That brotherhood, mental maturity, and will to achieve team success propelled the Raiders to a 5A championship game appearance and a landmark achievement of reaching the title game for the first time in school history.

Although no Tallahassee school has won a state championship since 2012’s Godby Tigers, these Raiders didn’t let the odds stop them from getting to the game, and they didn’t let the uncertainty of the pandemic ruin their continuity and team goals.

“This was an accomplishment, an amazing opportunity for these young men,” Rickards head coach Quintin Lewis said. “Hats go off to them for playing so hard and doing a great job this year. We prided ourselves on building and developing young men. We don’t go out and get anybody. I wouldn’t trade any of them for any money in the world. Each kid has their characteristics. Everybody bled blue and gold for four straight years here.”

Despite not being able to achieve their goal of winning the state championship, this team will undoubtably go down as one of the greatest teams in school history and Tallahassee city history.