Naismith Award Winners: Where Are They Now? 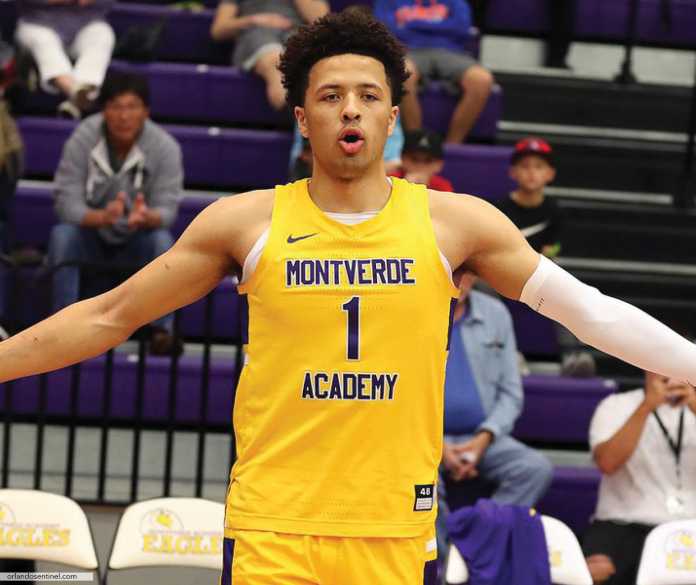 Naismith Award Winners: Where Are They Now?

Winners of the Naismith Award for High School Player of the Year go on to have successful college and NBA careers as highly touted players out of high school.

Past winners include some of the greatest to ever play the game of basketball like LeBron James, Kobe Bryant, and Dwight Howard.

With the finalists having been announced for the 2020-21 award, let’s take a look at the past three winners of this prestigious award and where they are now.

The most recent winner of the Naismith award is the same player who is currently tearing up college basketball during his freshman season.

Cade Cunningham shined at national powerhouse Montverde Academy in Florida where he played for one of the best high school teams of all time in 2020, leading Montverde to an undefeated 25-0 record. After averaging 13.9 points, 4.2 rebounds, and 6.4 assists per game during his senior season, Cunningham was ranked as the No. 1 overall prospect in the class of 2020 and went on to commit to Oklahoma State.

Cunningham is currently one of the top freshmen in college basketball, averaging 18.7 points, 6 rebounds, and 3.6 assists for the Cowboys, and is quickly emerging as the potential No. 1 overall pick in the 2021 NBA Draft.

2019 winner Isaiah Stewart was one of the most dominant high school big men we have seen in recent years.

He went on to play collegiately at Washington for his freshman season; he was named First-Team All-Pac-12 and Freshman-Team after averaging 17 points, 8.8 rebounds, and 2.1 blocks per game.

Stewart entered the 2020 NBA Draft after the season and was selected by the Portland Trail Blazers before being trading to the Detroit Pistons.

He is currently is his rookie season with the Pistons and  is averaging 5.1 points and 5.5 rebounds per game.

One of the best high school basketball players in recent years, RJ Barrett was dominant for Montverde Academy in 2018.

He was ranked as the No. 1 overall player in the country in high school by multiple outlets in the Class of 2018. He led Montverde to the Geico Boys National Championship, scoring 25 points and 15 rebounds in the championship game.

Barrett attended Duke, where he was one of the best freshmen in college basketball, averaging 22.6 points, 7.6 rebounds, and 4.3 assists per game.

Barrett declared for the draft and was selected by the New York Knicks with the third overall pick in the 2019 NBA Draft.

He has impressed so far during his young NBA career and looks to be a key piece for a young and improving Knicks team.