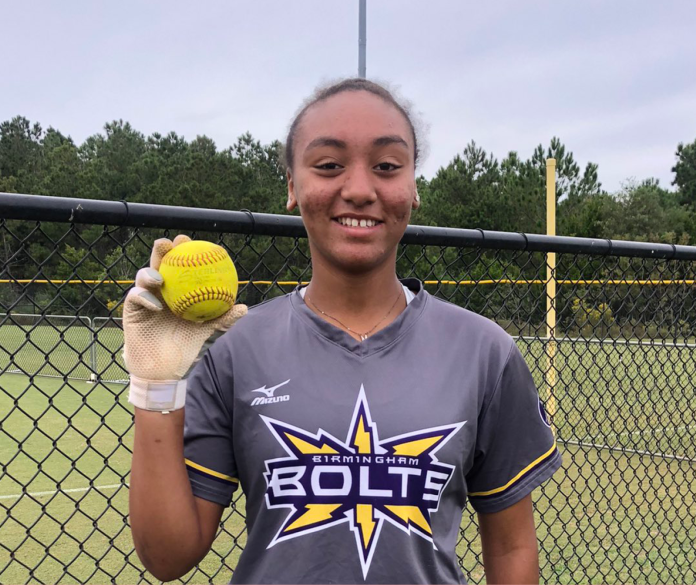 Missy Odom, who plays basketball and softball for Oakman High School, has been named the ITG Next 2021-22 Alabama Female Athlete of the Year after receiving 52.60% of the votes.

Odom earned that honor before even officially entering high school – she competed as an eighth-grader at Oakman High. In basketball, she helped lead Oakman to a Class 3A playoff appearance, was named an All-State selection, and received a collegiate offer from Alabama.

Suiting up for the Wildcats’ softball team, which also made a Class 3A playoff appearance, Odom batted a .374 average, drove in 24 runs and recorded a 1.101 OPS in 38 games. More than 40% of her hits went for extra bases, including five home runs.

While Odom was a strong hitter, arguably her biggest impact came in the circle, where she was one of the state’s top pitchers. Holding opponents to a combined .083 batting average, Odom posted a 0.35 ERA in 138.1 innings pitched while striking out 252 batters and walking only 47.

With Odom on the field, the Wildcats could well challenge for Alabama softball supremacy in the years ahead. As she competes in her freshman year, she’ll only get better in both of her favorite sports, and she’s sure to become one of the state’s top Class of 2026 athletes, if she isn’t considered one already.

Congratulations to Oakman’s Missy Odom, our 2022 Alabama Female Athlete of the Year.