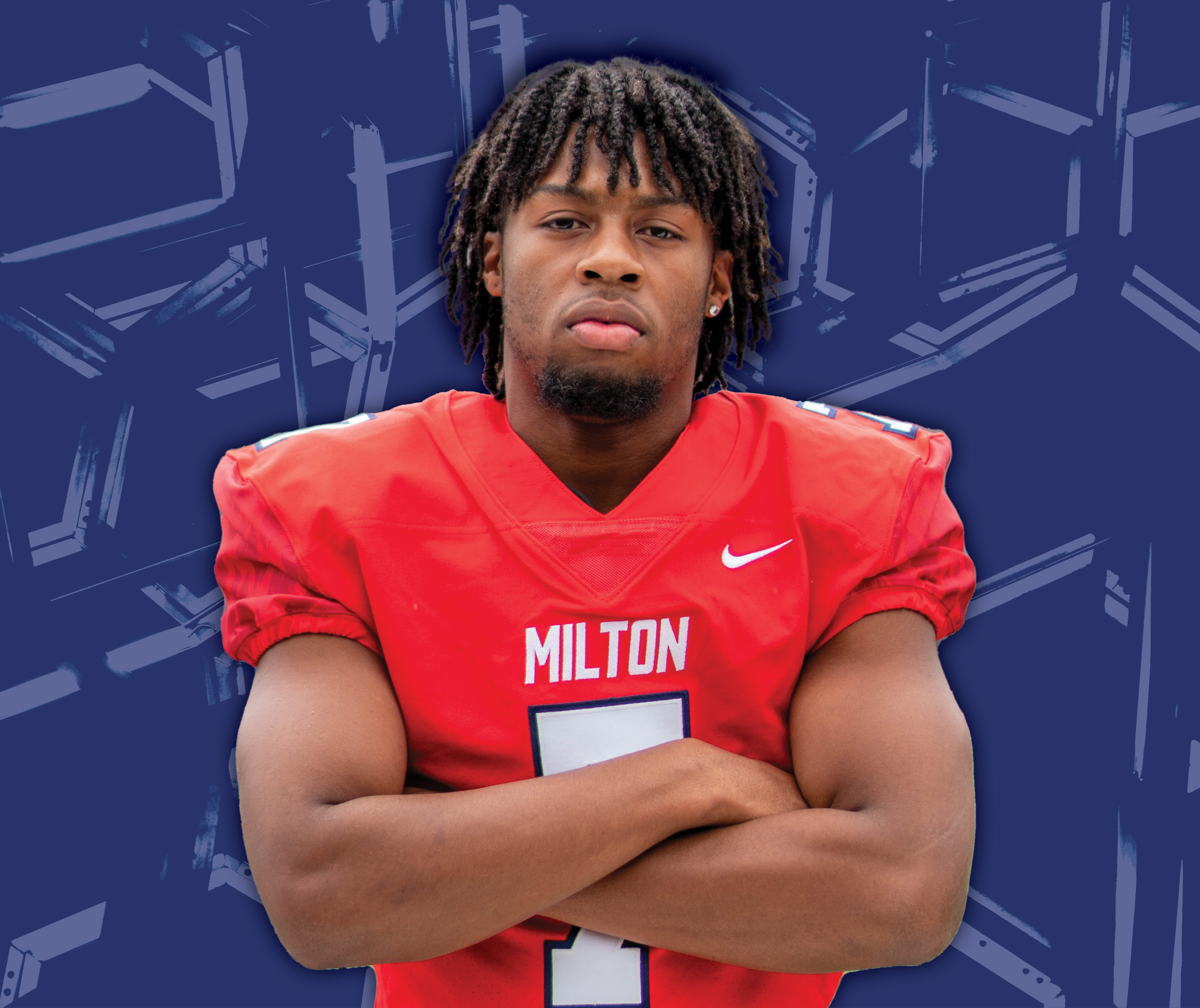 We tell you everything you need to know about the 2022 Milton football team in this preview. We take a look at roster changes and what fans can expect from the team this season.

The Milton Eagles lost one of the most dominant players at the line of scrimmage that the state of Georgia has ever seen in LT Overton. The standout defensive end reclassified following last season, announcing that his days as a Milton football player were done. His stats are astonishing: 54 total sacks, including six as an eighth-grader at Bessemer Academy in Alabama before coming to Milton. Overton totaled 286 tackles, including 114 tacklesfor loss – that’s 40 percent – in his career. He heads to Texas A&M to continue his career.

On the offensive side, Milton loses starting QB Devin Farrell to Virginia Tech, where he will play college football. It’s a big loss, too. He put up incredible numbers while a Milton Eagle, throwing for 5,023 career yards with 45 TDs. He also rushed for 2,337 yards and 23 TDs. RB Jordan McDonald is off to UCF, leaving behind 60 career rushing TDs and 3,491 rushing yards. He also caught two TD passes and had 300 receiving yards.

TE Jack Nickle has graduated, and is off to Michigan State University. He finishes his Milton career with 85 receptions and 1,022 receiving yards with 11 TDs. The offensive line takes a big hit, losing three big men who were great at run block and pass protection: Mo Clipper, who is headed to the University of Tennessee, lineman Brandon Best (Georgia Tech) and Thyler Williams (Akron). We count former head coach Adam Clack along with the key personnel not returning. He has left the high school ranks to pursue collegiate opportunities.

Several key pieces return for Milton this year, starting with four-star WR Debron Gatling. He has received interest from most major schools, and even fielded an offer from Alabama, but has not yet committed. He’s just a junior, and the best is yet to come from this exciting receiver.

Gatling will have a fellow offensive weapon returning in senior RB Scott Moskowitz. Last season, the punishing 215-pound back rushed for 546 yards and seven TDs. There are quite a few returning playmakers on defense, including senior safeties Robert Billings and Bryce Thornton. Having these guys back is huge for Milton – they will shut down a lot of opposing offenses this season.

There are a couple of DL who return and will make a huge impact on the Milton defense, including seniors Owen Phillips and Wyatt Smalley. ILB Caleb Moran returns to build on his production of 93 tackles with two interceptions and a fumble recovery. Cornerback Brayden Holmes recorded 38 tackles last season and picked off three passes. Ben Reaves, the Eagles’ former offensive coordinator, takes over head coaching duties from the departed Clack.

Milton remains one of the state’s best teams, top to bottom, in terms of talent, despite losing several key pieces from the 2021 squad. The decision to fill the head coach position from within the current staff was a smart one by Athletic Director Gary Sylvestri. He should keep Milton rolling right along with a lot of great players returning this year.

The biggest question will be at the two very important positions of QB and RB, where the Eagles must replace a lot of production from Farrell and McDonald. There really is no replacing a player like Overton at left tackle, but this team has still got a lot of talent returning this season, especially on defense.

Reaves told ITGNext that he feels he has the pieces to make another run in Class 7A. “We have some really strong leadership and experience in our returning senior class, and we expect those guys to have a huge impact on our team on the field and in the locker room,” said Reaves.

2022 could be another big season for Reaves and the Eagles: They’ll make a good run at it, winning 13 games once again.