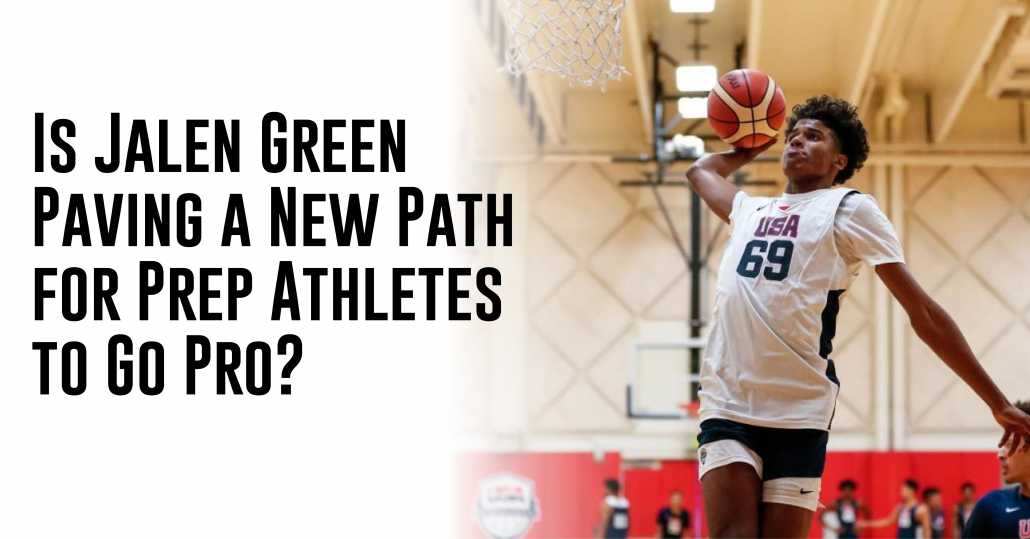 Jalen Green, the top high school basketball prospect of the 2020 class, announced his intentions to skip college basketball altogether and enter the new G League Initiative. Is this a change in the tide of the basketball world, and what are the effects on the college game?

Since 2006, the NBA has instituted that you must be 19 years old before you may enter your name in the NBA Draft. Before that, high school players could avoid going to college and jump straight to the professional level.

But now, they waste a year at the college level, many with no intentions of graduating at that time. The NBA viewed this as a way to protect the teenage players looking to enter the NBA.

While there are some great players who successfully went straight into the NBA after high school, such as LeBron James, Dwight Howard, Kobe Bryant, and Kevin Garnett, you also find players who didn’t succeed, such as Sebastian Telfair, Eddy Curry, and Kwame Brown. Some find themselves unprepared, out of a job, and broke by the time they’re 25, and then they have no opportunity to attend or finish college or go on to other ventures.

But now, players have been able to find loopholes in the path to the NBA rule. Last season, high school standouts LaMelo Ball out of California and R.J. Hampton out of Texas both graduated high school at 18 and went to play one season professionally in the National Basketball League of Australia before entering their names in the NBA Draft this season. Australia has been ahead of the game as far as allowing prep athletes to gain exposure and be given an opportunity to showcase their talents before the NBA Draft.

This season, the top player of the 2020 class and projected future No. 1 pick Jalen Green has taken a new route, joining the new NBA G League Initiative as a path to the NBA Draft. Along with Green, there’s rumors that up to four other top basketball recruits are considering the same path from the G League to the pros.

The G League Initiative was started as an alternative to the collegiate route for prep athletes. The G League is the lower tier league formed by the NBA, where each team has an affiliation to produce and develop talent with hopes that they can make the NBA level. The NBA is offering some of the top athletes a one-year contract that can pay them up to $500,000 as a part of the deal.

The truth is that more and more talented basketball players will begin to go this route, allowing them to get paid and find their way into the NBA without stepping foot on a college campus. The truth is that the majority of the players who jumped straight from high school to the NBA had long and successful careers, and many kids with that level of talent aren’t eager to waste it spending six months on a college campus.

After more than 30 years of coaching, Hall of Famer Chatmon not slowing down

Bolles Back On The Map

Has the South Taken Over College Football for Good?
Scroll to top