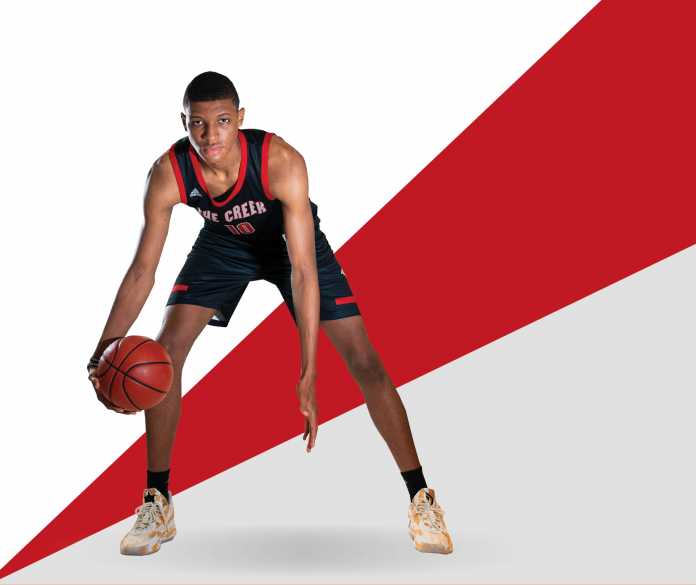 They say that first impressions are everything, but in the case of Sandy Creek standout basketball player Jabari Smith, that was not necessarily the case when it came to his basketball prowess.

“When I first arrived at Sandy Creek, my first encounter with Jabari was during his freshman season,” said Patriots head basketball coach Jon-Michael Nickerson. “He was very much still developing, and to be honest, he was skinny, weak and slow.”

That did not mean, however, that the potential was not noticeable. Nickerson saw that in certain areas and in places that may not have been noticeable to the average fan.

Sandy Creek was preparing for the upcoming 2017-2018 season, and even though he knew that Jabari was still very much in the development stage, he wanted Jabari to learn from and along with the best players.

“We knew Jabari was the future, so I put him in a four-man group with our best players. It was a test of his toughness and I kept him with that group during the entire preseason. He didn’t score a single point against those guys the whole time, but it did so much to build up his toughness and stamina,” says Nickerson.

“I played him during the second and fourth quarters during games that season with the varsity. But I tried to make him the ‘Alpha’ with the ninth-grade team to develop his confidence.”

Read the rest of his story in our Georgia February/March 2021 magazine right here for FREE! This issue features Matthew Cleveland from Pace Academy, and more great athletes.