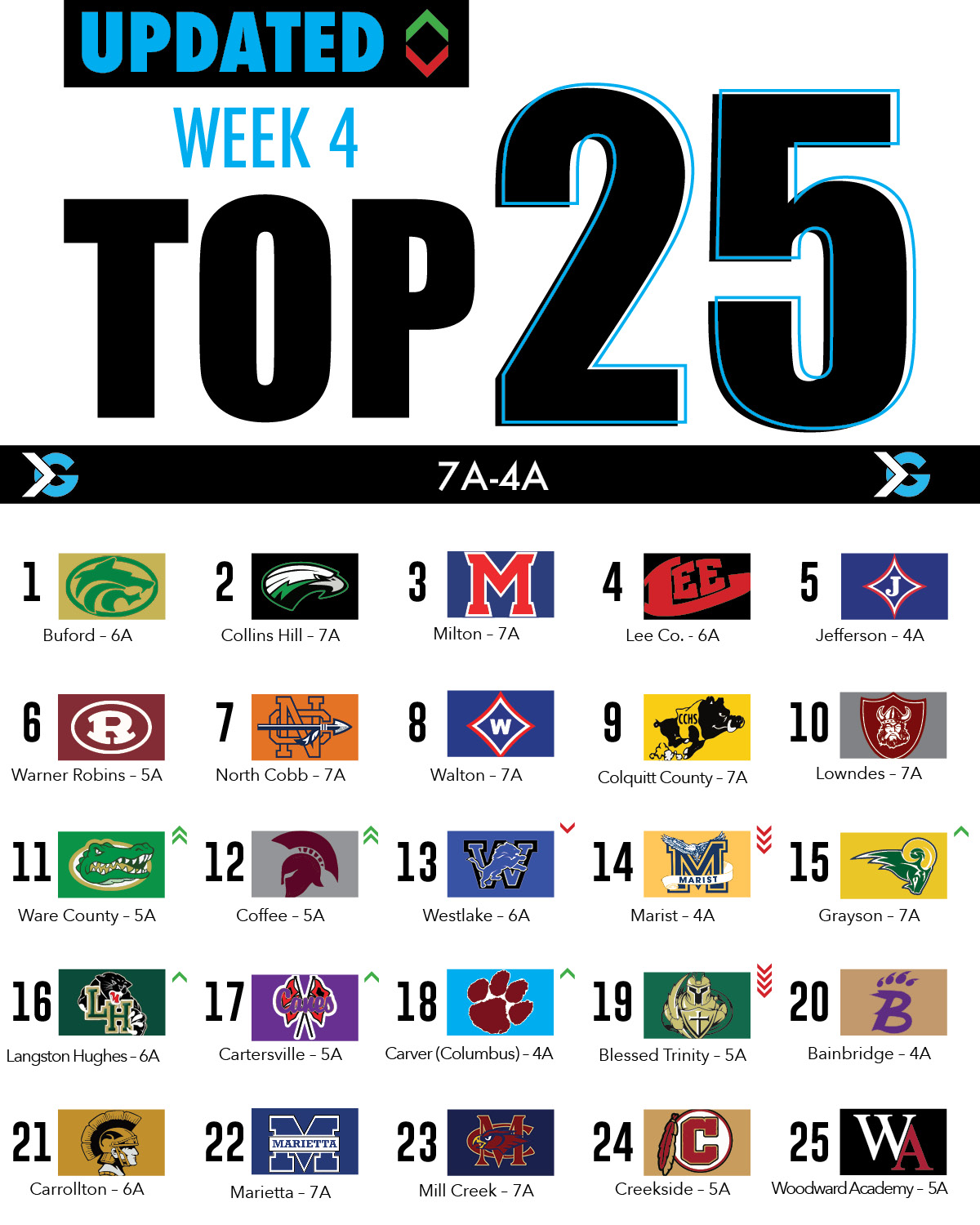 With the majority of our ranked teams taking care of business and winning their games, and those few teams that lost were close margins, there’s not much movement in this week’s combined Top 25 of 4A-7A. Seven of our top 10 teams won, with three teams enjoying byes this week. In the bottom half of the number 11-25 ranked teams, there were just three losses, with Marist, Westlake and Blessed Trinity suffering tough losses of a touchdown or less, and everyone else winning or enjoying the bye week. A team I’m watching closely is Creekside, who have now come up with two huge wins against top opponents Grayson and Westlake. Woodward Academy is another team I’m going to watch closely week to week. 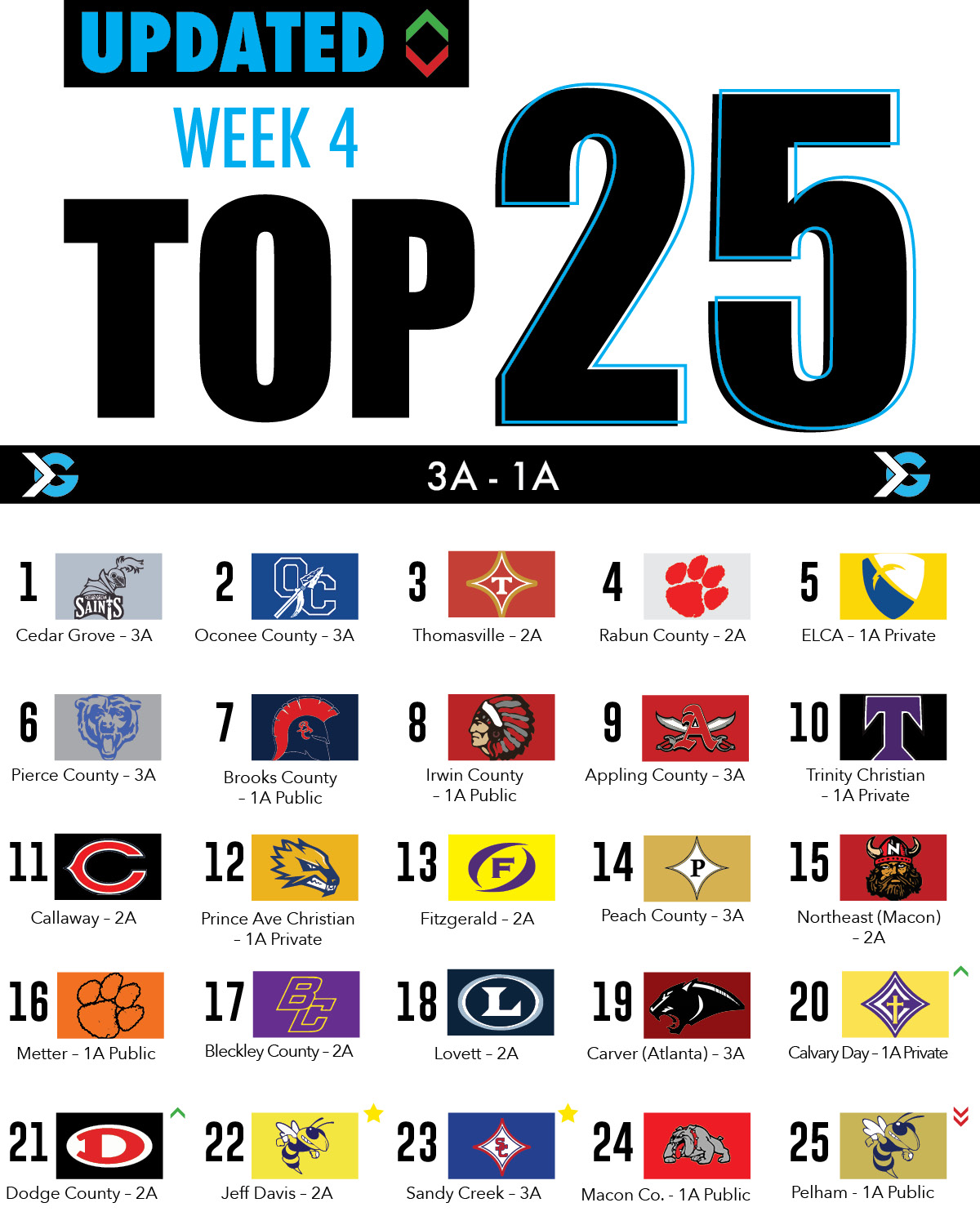 Our top ranked team, Cedar Grove, stays right where they are despite losing at 7A Colquitt County in a hard fought game. Remember, the Saints are a 3A team, and went toe to toe with the Packers at Colquitt, one of the toughest places to play for opposing teams. As far as the rest of the rankings, it was the staus quo, with teams ranked 2-19 either winning or having an off week due to bye or Covid-related issues. The changes began with #20 Greater Atlanta Christian. The Spartans have started off the season at 0-3, after advancing to the semifinals last season. Looks like a rebuilding year for GAC. Pelham falls two places after dropping a 24-20 loss at the hands of Cook. North Cobb Christian is out of the top 25 after suffering a 10-point loss to Whitefield Academy.