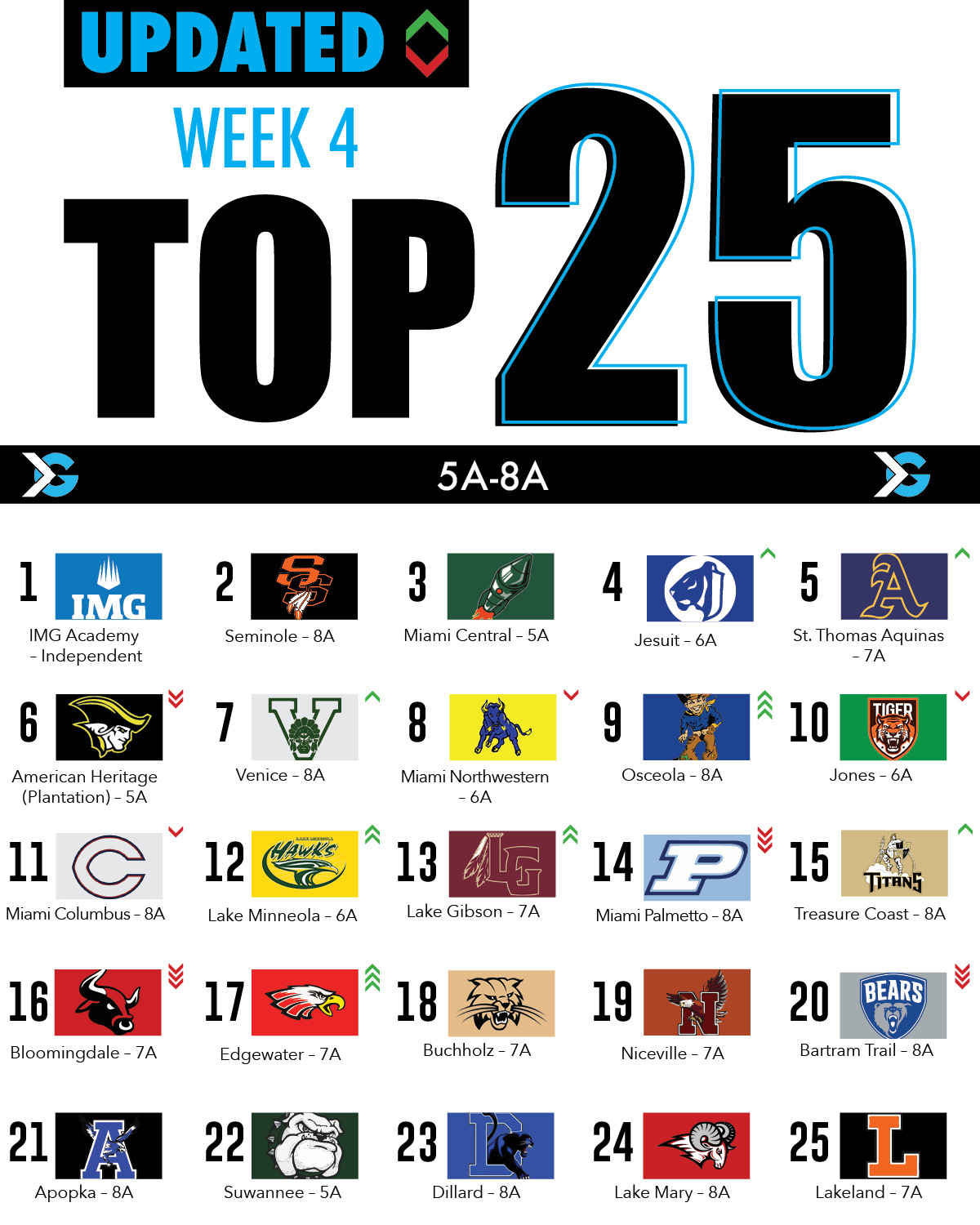 While no new teams entered the 8A-5A Top 25 this week, the rankings saw some movement around the top-half due to a few notable results.

One of the biggest notable risers this week was Edgewater who bounced-back nicely after last week’s loss to Venice with a 52-49 defeat over Jones. A few other notable results that caused movement included St. Thomas Aquinas topping American Heritage and IMG Academy defeating Miami Northwestern.

A few games to watch for this week that could shake things up include: 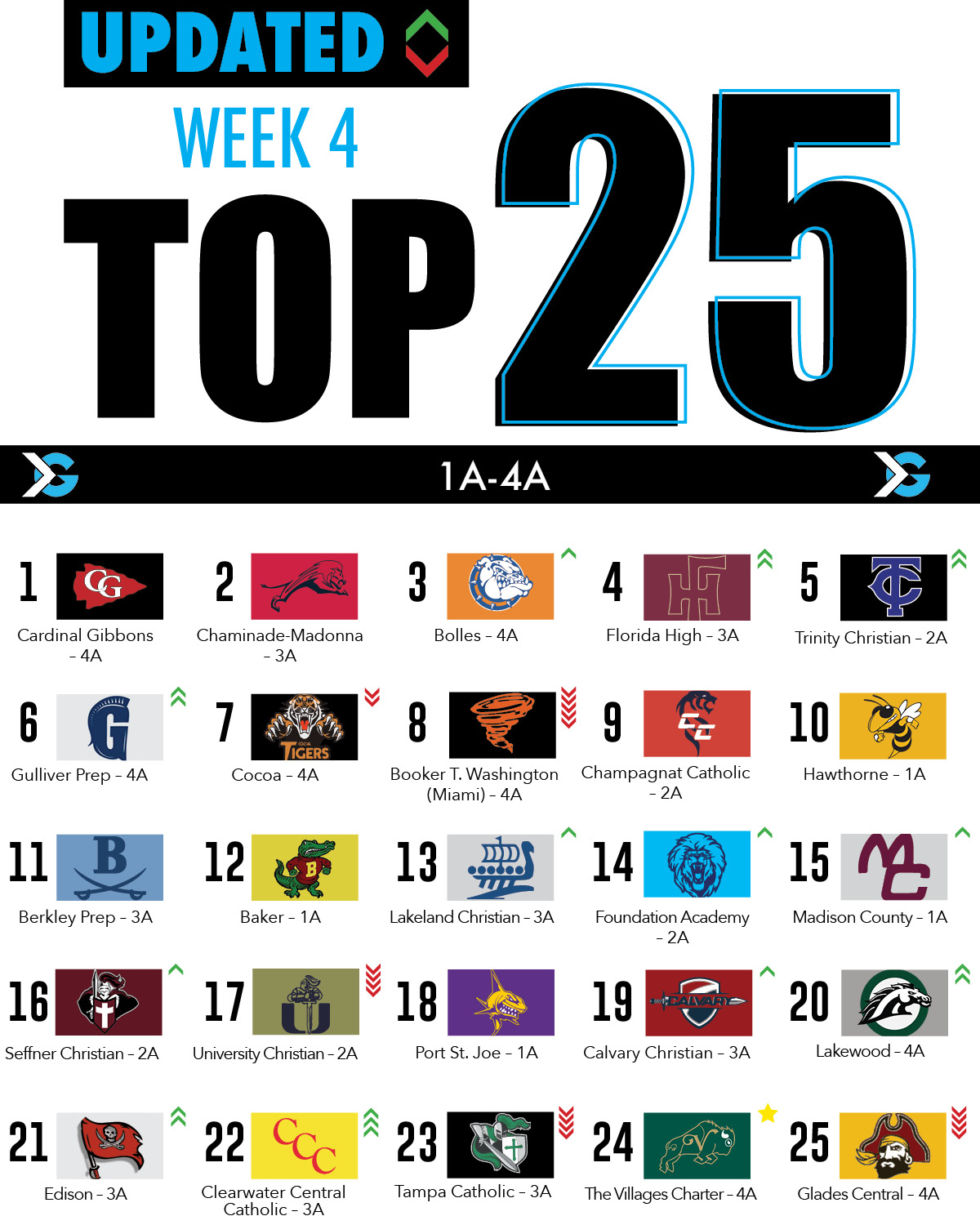 Among the teams that suffered losses a week ago were Booker T. Washington and Cocoa dropping games to some of the state’s top teams, while a few others including University Christian, Tampa Catholic, and Glades Central also suffered defeats.

Arguably the bigger riser was previous No. 25 Clearwater Central Catholic who picked up a big win over previous No. 19 Tampa Catholic to rise three spots.

Are we in-store for another action-packed Friday night full of change this week?