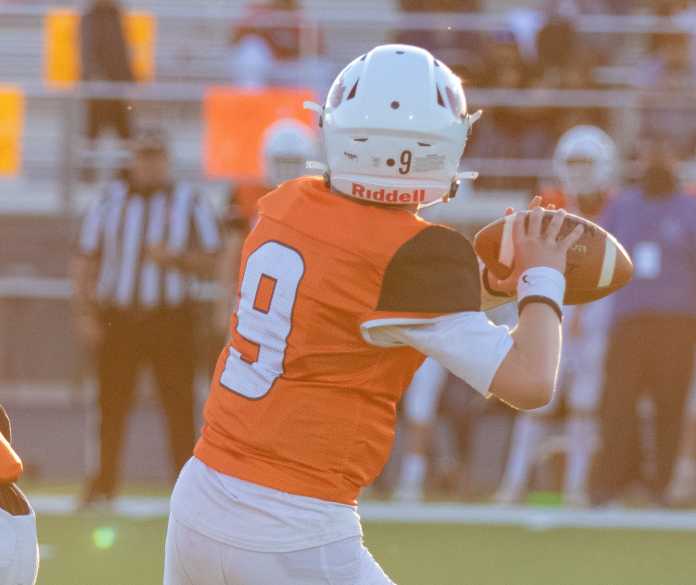 In a talent-rich state such as Florida, being labeled the No. 1 overall recruit at a particular position is a lofty billing, especially at quarterback. Here we take a look back at the No. 1-ranked Florida QB recruits over the last 10 years. Where are they now and what have they done since leaving the Florida prep ranks? (Rankings courtesy of the 247Sports Composite.)

The state’s No. 21 overall player a year ago out of IMG Academy, Duffy is set to enter his freshman season at Florida State. The former four-star prospect will likely serve as the Seminoles’ backup quarterback in the upcoming season.

McCarthy, a five-star prospect and top-5 quarterback nationally, spent his senior season at IMG Academy in 2020 before going to play collegiately at Michigan. He accounted for 516 passing yards and seven total touchdowns for a Wolverines team that made the College Football Playoff.

Richardson was tops among Florida QB recruits as a senior at Gainesville’s Eastside High School. He stayed home to spend his freshman and sophomore season at the University of Florida, where he accounted for 1,018 yards and 10 touchdowns. The former four-star prospect enters the 2022 season as the Gators’ starting quarterback.

Maurer was a three-star prospect out of West Port High School who spent the 2020 and 2021 seasons at Tennessee, where he appeared in 12 games, four of which were starts. He entered the transfer portal prior to the start of the 2021 season, ultimately transferring to Stephen F. Austin in December.

A highly rated four-star prospect out of Bartram Trail in 2018, Gatewood originally committed to Auburn out of high school, but spent only two seasons with the Tigers before transferring to Kentucky. After a season with the Wildcats in 2020, he transferred to UCF last August and served as the Knights’ backup quarterback before transitioning to wide receiver this spring.

Mond, one of the nation’s top quarterbacks in the Class of 2017, attended IMG Academy before taking his talents to College Station for a four-year career at Texas A&M. Accounting for over 10,000 yards and 93 career touchdowns with the Aggies, Mond was selected in the third round of the 2021 NFL Draft by Minnesota, where he is currently the Vikings’ backup quarterback.

Coming out of IMG Academy in the Class of 2016, Patterson was one of the highest-rated quarterbacks from Florida in recent memory. He went to Ole Miss as a top-5 prospect, but transferred to Michigan after two years and became the Wolverines’ starter in 2018-19. He has since made a few stops professionally, most recently with the Michigan Panthers, who selected him as the No. 1 overall pick in the 2022 USFL Draft.

One of the nation’s top quarterbacks out of IMG Academy in 2015, Francois attended Florida State, where he remained through the 2019 season, followed by a stint at Hampton University in 2020. Francois has since played in the Fan Controlled Football League, where he is currently a quarterback with the Bored Apes.

The former Booker T. Washington star committed to Florida out of high school and spent the 2014-15 seasons in Gainesville as both a starter and backup. In 2017 he transferred to Tennessee State, where he was the Tigers’ starting quarterback. His collegiate career concluded in 2018 after he transitioned to wide receiver.

Woulard was the highest-rated of 2013 Florida QB recruits, and the nation’s top-ranked dual-threat quarterback that year. He attended UCLA from 2013-14 and USF from 2015-16, but did not see action across those four seasons. Transferring to Clarion University in 2017, the former Winter Park star threw for 880 yards and five touchdowns in his final year of eligibility.