Carl Parker: In Lanier County, Success is a Process 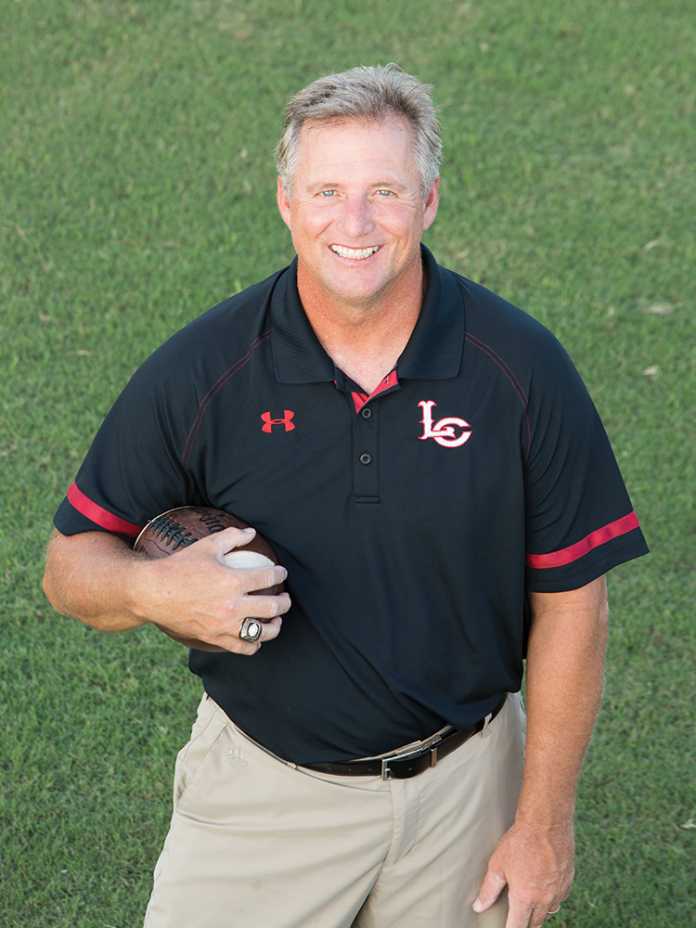 Lanier County head football coach Carl Parker is all about experience.  And with good reason.  After his playing career at Lowndes High School (Valdosta, Ga.) and Vanderbilt University (Nashville, Tenn.), he spent time in the NFL with the Cincinnati Bengals, Minnesota Vikings, New York Jets, and Pittsburgh Steelers.

But once his playing days were over, he had the opportunity to experience the world of athletics from every possible vantage point, and his journey has brought him to the helm of Bulldog Country in Lakeland, Ga.

“I look at high school sports from every angle,” Coach Parker says.  “I’ve been a player, and I’ve been a coach for the last 16 years.  But I am also parent.  My wife and I have four children that are all involved in sports in some capacity.”

Though only in his first season over the Lanier County football program, Coach Parker has already begun to instill a powerful ideal.  While wearing multiple hats for the program (he is also the athletic director, as well as the director of athletic development), he instills in his student-athletes the value and importance of hard work and dedication.

“So many people get wrapped up in the final score, the overall record,” he says.  “Don’t get me wrong, winning is great.  But what we’re trying to teach these student-athletes here is that the real ‘success’ is in the process.  Winners are built in practice and in the weight room.  You have to want to win before you can make it happen.  The process is what matters.”

Coach Parker is well-versed in the art of training and motivation.  Prior to coming on board at Lanier County, he was part of the team that opened the Kinetix Sports Performance facility in Valdosta.  Since its inception, the facility’s staff has trained some of the area’s most well-known athletes and continues to set a standard in the training community.

“Things have changed,” he says.  “Because of the Internet, we probably have more information regarding physical training from the last 10 years than from the previous 50 years combined.”

No matter the venue, Coach Parker believes that student-athletes deserve the same attention.  That goes for their sport, their training, and most of all, paying attention to them as individuals.

Lanier County has found a quality leader in Carl Parker.  His vast knowledge and experience will be sure to benefit the Bulldog community for years to come.  And most importantly, he wants to ensure that all of his student-athletes understand that high school sports go far past the final buzzer.

“I want the young men and women of our athletic programs to know that it goes deeper than sports,” he says.  “Sure, they’re getting a chance to play a sport.  But what’s more important is that they are building relationships and experience.  The moments that they share with their teammates, their coaches, and the community will never be forgotten.  That’s what I want all of these kids to take from their time as Bulldogs.”

Sidebar: Be sure to check out the December issue of In the Game for a special feature on Coach Parker’s wife, Cathy, and details of how the Parker’s love of sports extends far beyond South Georgia!

Carl Parker: In Lanier County, Success is a Process