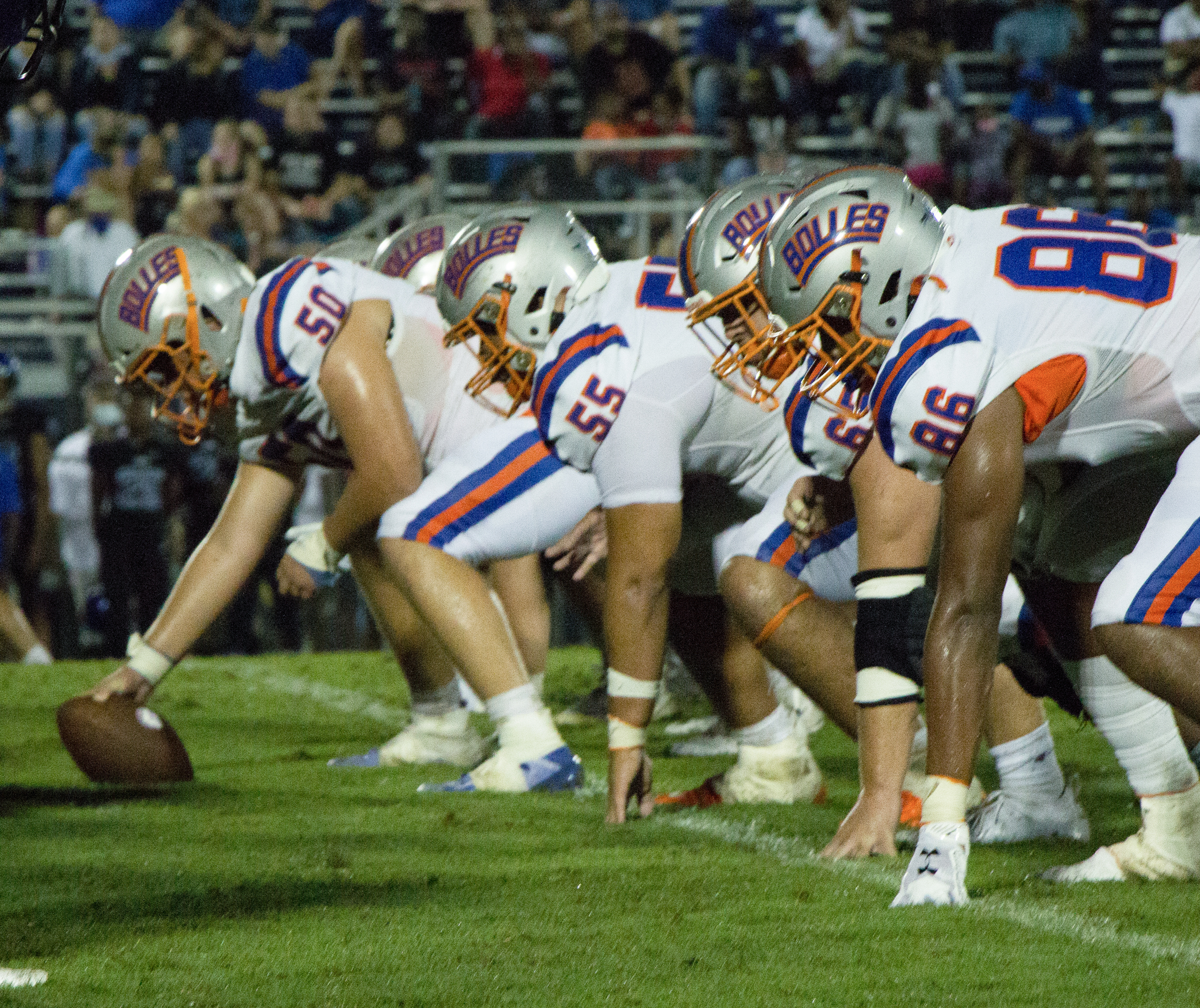 We tell you everything you need to know about the 2022 Bolles football team in this preview. We take a look at roster changes and what fans can expect from the team this season.

Undoubtedly the biggest losses for the Bulldogs come along the defensive line, with all three of Bolles’ sack leaders – Jack Pyburn, Hayden Schwartz, and Bradley Mann – now playing college football at the Power 5 level. In addition to those three, Deklan Dougherty and Patric Menk are key losses for this Bulldog defense, with those five overall combining for a majority of Bolles defensive production a year ago.

On offense, the Bulldogs have to replace star running back Kade Frew, a three-star prospect who rushed for 1,476 yards and 22 touchdowns a year ago. Quarterback Jakie Judge is also a key name who has moved on, alongside other playmakers such as Patrick Green and Myles Johnson.

Bolles returns two significant pieces along the offensive line in lineman Brendan Black and tight end Connor Cox, who should be one of the top producers in the receiving game. Joining those two on offense is quarterback DJ Moore, who should also be a key factor in the running game for the Bulldogs.

Defensively, Spencer Surface and Trent Carter return to lead the Bulldogs; both ranked among the team leaders in tackles a year ago. Kavon Miller and Kemani Wilson also will play significant roles for the Bolles defense in 2022, as well as others such as Grayson Ambrosh, Jackson Brill, and Garrison Butler.

An all-round athletic powerhouse, and one of the top football teams in Florida Class 4A a year ago, Bolles made a deep run through the playoffs to the state semifinals before being defeated by 4A runner-up Cocoa. Some key pieces of that group have moved on, but the Bulldogs are set to reload and have the capability of making as deep of a run as a year ago.

Expect the Bulldogs to again be stout defensively; how far they can go in the playoffs likely depends on the emergence of a few positional players to replace names such as Frew from a year ago.

Bolles will win eight games and reach at least the regional semifinal round of the playoffs.