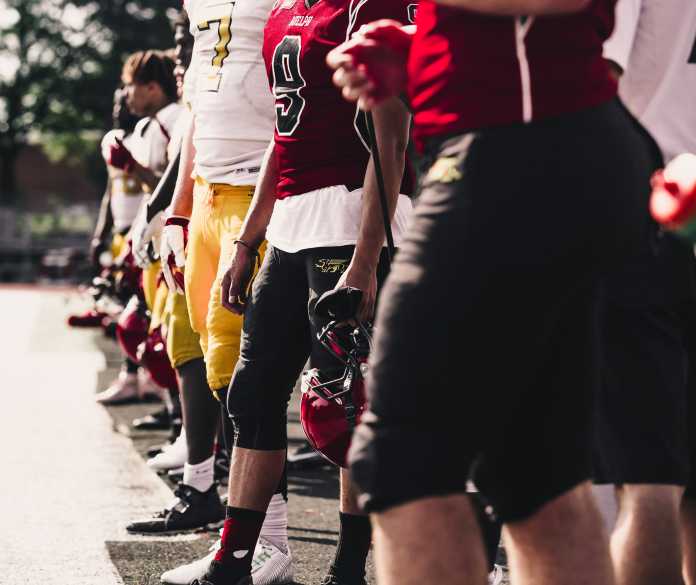 One state championship matchup is already set, but six more are still to be decided in the Alabama high school Classes 1A-6A playoff semifinals this week. Let’s take a look at those matchups and make our picks.

The two Alabama 6A high school playoff semifinals are headlined by a highly anticipated rematch between Saraland and undefeated Theodore. The Bobcats previously handed the Spartans their lone loss of the season, 27-26. Expect this to be another close one. The Mountain Brook-Muscle Shoals matchup also could be decided by one score or a late possession.

The Alabama high school 5A playoff semifinals potentially could be one-possession games. Pleasant Grove vs. Ramsay is the lone matchup we have already seen once this season (the Spartans defeated the Rams 21-14 on September 8). On the other side of the 5A bracket, Charles Henderson picked up a huge win against UMS-Wright last week; could the Trojans do the same against Faith Academy this week to reach the state title game?

The Class 4A slate features one of the state’s top matchups this week as Montgomery Catholic and Andalusia meet for the second time this season, with the Knights having previously handed the Bulldogs their lone loss of the season on October 21, 45-23. Oneonta will face Cherokee County for the second time this season; the Redskins won the first meeting 17-14 on September 9.

Headlining the schedule in the Alabama high school Class 3A playoff semifinals is an intriguing matchup between St. James and Mobile Christian that has the potential be one of the state’s top games of the week. In the other game, Piedmont and Sylvania meet for the second time this season, with the Bulldogs having won the previous showdown on September 2, 40-7.

Arguably the top matchup in the Class 2A state semifinals is the showdown between Highland Home and Comer. It ‘s likely to be decided by one possession, and the outcome could go either way. Fyffe, ranked No. 1 in our latest Class 1A-3A Top 25 rankings, is a big favorite against Pisgah, an opponent the Red Devils defeated 40-6 earlier this season.

Millry is the favorite over Leroy, an opponent the Wildcats defeated 36-14 on October 21. That was the Bears’ lone loss so far this season. Pickens County is the favorite over Coosa Christian, but will be facing off against a red-hot Conquerors team coming off big back-to-back wins over Spring Garden and Lynn.