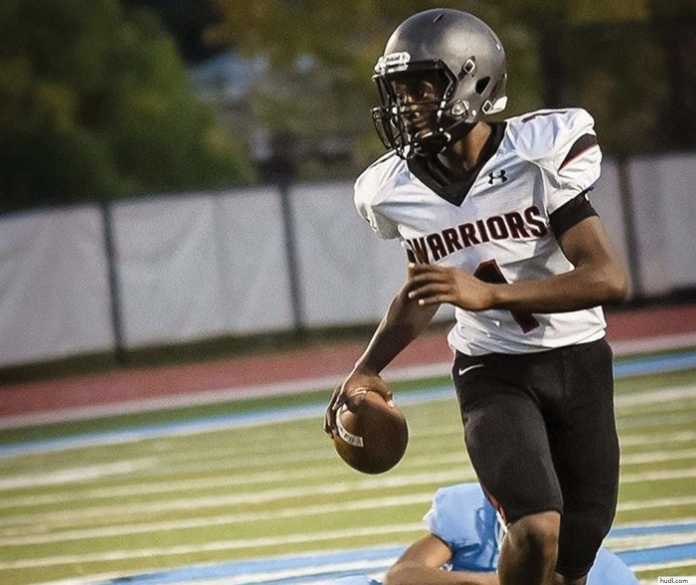 As the Alabama high school football 2020 season has come to a close, we look back at this season and give out some superlatives.

The Thompson Warriors won their second consecutive 7A state championship as they defeated Auburn 29-28. Thompson finished the season with an undefeated 14-0 record and is set up for more success next season as they will return notable players such as QB Conner Harrell and five-star DE Jeremiah Alexander.

Could it be anything else? Auburn controlled the entire game and had a 28-19 lead with 18 seconds remaining before Thompson blocked a punt and returned it for a TD. With the score now Auburn leading 28- 26, Thompson recovered the onside kick and took two shots down the field, which resulted in two defensive pass interferences on the Tigers. Thompson kicker Trevor Hardy then kicked a game-winning, 35-yard field goal to win the Warriors their second consecutive 7A state title in one of the greatest finishes to an Alabama high school football game ever.

The junior QB got hurt during the 7A state championship game, but had an outstanding season for the Warriors, completing 73.8% of his passes for 3,405 yards and 40 TDs while having a passer rating of 146.6. Harrell will return for the Warriors at QB next season.

The junior LB had 171 total tackles, three sacks, and 10 TFL for Hubbertville this season. Alexander averaged 14.3 tackles per game.

The first-year head coach led Pinson Valley to the 6A state championship. Shade played his college football at Alabama and took the head coaching job at Pinson Valley last offseason.

Harrell threw for over 3,400 yards and 40 TDs during his junior season for the Warriors.

While he wasn’t the biggest name RB in the state, Gage Key had an outstanding senior season for Hubbertville. Key ran for 2,374 yards and 37 TDs on 254 attempts and averaged 9.3 yards per carry.

Butler had 1,382 receiving yards and 14 TDs this season for 3A runner-up Montgomery Catholic.

The five-star junior had 108 total tackles, 30 TFL, and eight sacks during his junior season. Alexander is one of the top overall players in the country in the class of 2022 and will be back on defense for two-time defending 7A state champion Thompson next season.

Alexander had 171 total tackles and averaged 14.3 tackles per game for Hubbertville in 2020.

The five-star Alabama commit put the finishing touches on his great high school career as he was named MVP of the 6A title game after helping Pinson Valley win. McKinstry was hands down the top DB in 2020 as he was a two-way star, but he shined at corner. When McKinstry was thrown at, it usually resulted in an incompletion or an interception.

The Top 5 Alabama Class of 2023 Recruits