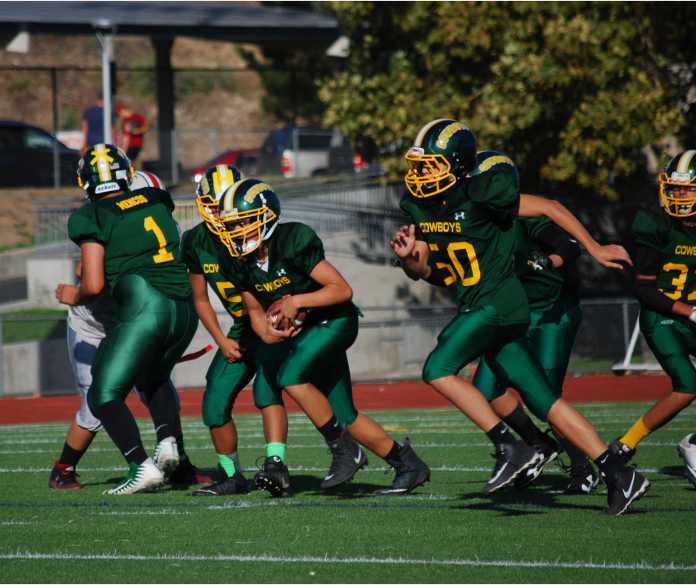 When playing fantasy football, the objective is simple: score the most points. How do you do that? You get the best players and let it ride. What would the best Alabama high school football fantasy team look like? Let’s build the perfect Alabama high school fantasy football team. To do this we will need one QB, two RBs, two WRs, one TE, one flex position, one defense, and one kicker.

In fantasy, you want a QB for a high-powered offense that is throwing for a lot of yards and TDs. Harrell threw for 3,569 yards and 42 TDs this season while also running for 300-plus yards and five TDs, which makes him the obvious pick at QB.

At RB I have Tae Meadows from Handley. The junior finished the season with 2,004 yards rushing and 30 TDs. He had a massive performance to help Handley win the 4A state championship that included 38 carries for 264 yards and four TDs. If you drafted this team next year, Meadows would most likely be in this same position as he will return next season for the 4A champs.

At the other RB spot, I am going with Deshun Murrell from Bibb County. Murrell rushed for 2,334 yards and 37 TDs in 10 games during his senior season.

At WR, you have to go with J.B. Mitchell from Thompson. Mitchell led the 7A champs in receptions and yards with 74 catches for 1,232 yards and 12 TDs. With how much he touches the ball, he is a must-start at WR.

At the other WR position is Christian Harris from Pleasant Grove. The Kentucky commit had 70 catches for 1,235 yards and 18 TDs for the 5A runner-up Spartans. Much like Mitchell, Lewis is a must-start based on much he touches the ball.

The Tennessee commit starts at the TE position. He had over 500 total yards and two TDs this season for Albertville, and he was one of the most complete tight ends in the country.

At flex, you need a guy who can do it all, and that guy in 2020 was Javonte Graves-Billips. Graves-Billips did it all for the 5A state champs: He rushed for nearly 1,500 yards and 17 TDs and had over 500 receiving yards and three TDs.

To pick the right defense for your team, you need a defense with not just a lot of tackles, but also sacks, interceptions, kick/punt return yards, and TDs. Montgomery Catholic is my choice because they rank second in the state with 991 tackles, are second in TFL with 108, are in the top 10 in sacks with 28, are tied fourth in interceptions with 15, and rank No. 1 in kickoff and punt return yards.

At kicker, you need someone who just flat out makes kicks, and that is Drake Tabor. Tabor only missed one field goal during his senior season for Spain Park.