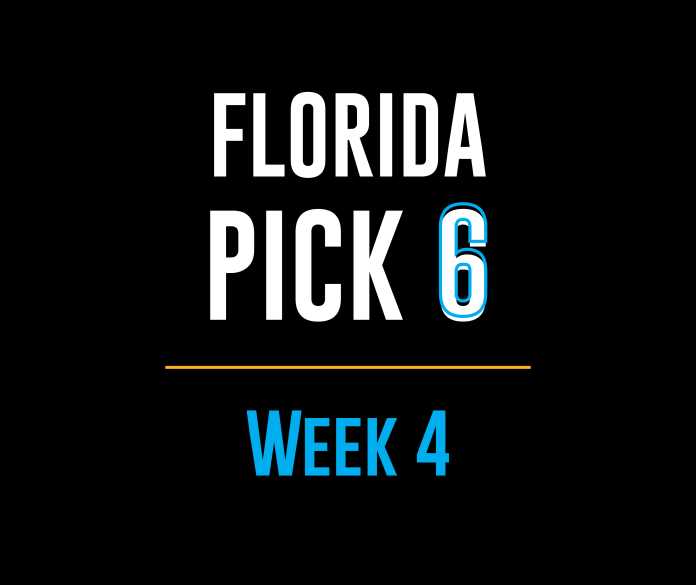 Week 4 of our Florida high school football predictions is headlined by this matchup featuring a pair of electric offenses and two of Florida’s  best overall teams. The talent at the skill positions in particular is as deep as any two teams in the state, with names such as Brandon Inniss, Jeremiah Smith, Mark Fletcher and Joshisa Trader promising plenty of fireworks. This matchup should not disappoint.

The Raiders, arguably Florida’s top team at the moment, face their toughest in-state challenge so far this season. The Western offense in particular has the potential to present some problems for St. Thomas Aquinas defensively, as they will be matched up with one of Class 4M’s top QB/WR combinations in Collin Hurst and Santana Fleming.

Next up on our list of Week 4 Florida high school football predictions is this clash between two of the top teams in Class 3M. Jones takes on Edgewater in a district showdown after the latter picked up one of the state’s more impressive wins a week ago by going on the road to beat West Orange 26-14. This is the first game for Jones since the Fightin’ Tigers traveled to Texas earlier this month to take on Duncanville.

Lakeland hosts Osceola in what will be its toughest test of the season up to this point. Elite-level talent with be on display by two of the top teams in Class 4S. The Dreadnaughts and Kowboys both are especially strong on defense, thanks to standouts such as Cormani McClain, John Walker, Derrick LeBlanc, and Ja’Keem Jackson.

Two of the top teams in the Jacksonville area collide as Trinity Christian takes on Bolles. The Bulldogs owned this matchup a year ago, defeating the Conquerors 35-0. They’ll be tasked with slowing down the backfield trio of quarterback Colin Hurley and running backs Treyaun Webb and Darnell Rogers.

Our list of Week 4 Florida high school football predictions concludes with this contest between two of the top teams in the Miami area. The Miami Columbus Explorers having won the most recent contest a year ago and enter this contest undefeated at 3-0, while Miami Palmetto is 1-2.