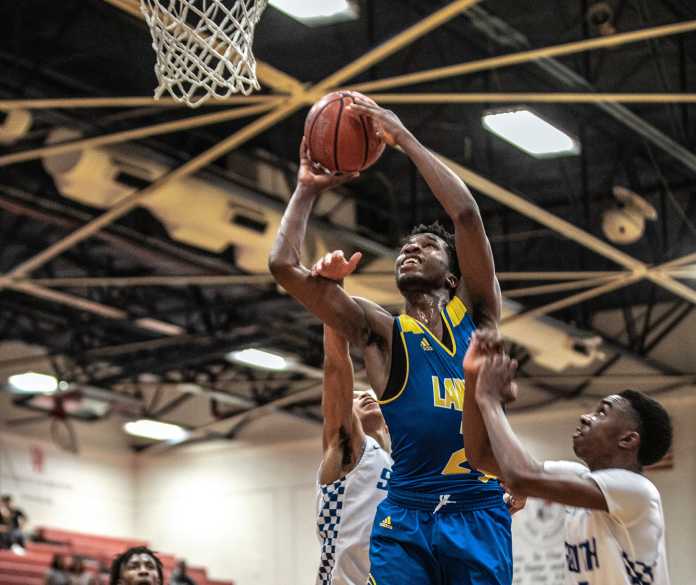 The Eagles remain in the top spot, though they have yet to begin their 2022-23 season. They’ll begin play this week against Pleasant Grove (UT) and also will take on Long Island Lutheran (NY) and Legacy Early College (SC) between now and the next update.

The Buffaloes also have yet to officially tip off their 2022-23 season. They will begin play in two weeks against Bishop Walsh (MD).

Link Academy remains in the No. 3 spot after a 95-42 win over Vision Academy (LA) earlier this month. The Lions have a few games set for the next two weeks, including a big showdown with Calvary Christian Academy (FL) on December 2.

The Ascenders remain in the No. 4 spot after picking up in-state wins over Charlotte and Canterbury. IMG Academy will continue in-state play over the next two weeks against teams such as Bayshore, Sebring, Southland Christian, and Patel.

Rising a spot to No. 6 in this week’s update is Duncanville, with the Panthers currently off to a 2-0 start to the year. Duncanville has a tough schedule ahead in the next two weeks, with notable out-of-state matchups against McEachern (GA), Miami Columbus (FL), and Centennial (CA) on deck.

Dropping a spot is La Lumiere. The Lakers are the lone team in the Top 10 to have lost a game so far this season, falling to Skill Factory (GA), 75-71. They have big matchups looming in the coming weeks, two of which come before the next update in Legacy Early College (SC) and IMG Academy (FL).

Centennial remains in the No. 8 spot after opening their 2022-23 season with a win over San Ysidro. The Huskies have a few out-of-state matchups set between now and the next update, headlined by the aforementioned showdown with Duncanville.

Roselle Catholic remains at No. 9 while waiting for their season to tip off. The Lions have some notable matchups upcoming in December, one of which comes against No. 6 Duncanville.

Concluding this rankings update at No. 10, the Panthers also have not begun their 2022-23 season yet. They’ll begin play in December.

As we did with football, we’ll rank the nation’s top teams on the hardwood as the 2022-23 high school basketball season progresses throughout the coming months. We begin with our preseason Top 10 picks; updates will follow every two weeks.

Sunrise Christian Academy lost only two games en route to a 24-2 overall record last season. The Buffaloes comes in at No. 2 in our preseason Top 10 not as far behind the Eagles as you might think. They too lost a significant amount of talent but will again be among the nation’s best with a roster that features Matas Buzelis, Layden Blocker, Scotty Middleton, John Bol and Miro Little.

Next on the list is Missouri’s Link Academy Lions, who are coming off an outstanding first season as a program. They posted a 34-2 overall record, with the losses coming to Montverde and Sunrise Christian. The Lions must replace a number of key players, but they reloaded in a big way during the offseason, with Ja’Kobe Walter, Elliot Cadeau, Corey Chest and Cade Phillips among the biggest additions.

IMG Academy will be one of the nation’s best again after a season in which the Ascenders went 21-5 and were the lone team to defeat Montverde Academy twice. Headlining their 2022-23 lineup is Eric Dailey, Jaime Kaiser, Jacoi Hutchinson, Bryson Tucker and Amier Ali. The talent on the Ascenders’ roster is as good as any in the country.

Rounding out the top half of our 2022-23 high school basketball Top 10 are Virginia’s Oak Hill Academy Warriors, who are coming off a 31-9 season. Oak Hill will have to replace a significant amount of production, but they return the talented junior trio of Zion Pipkin, Micah Robinson, and AJ Swinton.

Holding the No. 6 spot is yet another national power, La Lumiere of Indiana. The Lakers posted a 21-5 record in 2021-22. Headlining this year’s roster are seniors forward Kaleb Glenn and Zaide Lowery and juniors Tyler Bailey and Christian Humphrey-Rembert.

One of the nation’s most dominant teams a year ago, Duncanville High School rolled through the 2021-22 season to finish with a 35-1 record. The Panthers’ 2022-23 roster features their returning top scorer, senior Ron Holland. KJ Lewis and Cameron Barnes also will play key roles.

Centennial High was another utterly dominant team in 2021-22, finishing with a 33-1 overall record. The 2022-23 Huskies will be led by one of the nation’s top combo guards, senior Jared McCain, and Devin Williams and Mikey Price are other key names to watch for.

Coming in at No. 9 are the Roselle Catholic Lions, who finished 29-2 last season. Headlining their 2022-23 roster are two key seniors, Mackenzie Mgbako and Simeon Wilcher, with Akil Watson and Tarik Watson among others expected to be key contributors.

Round out our preseason 2022-23 high school basketball Top 10 is another New Jersey team, the Camden Panthers, who went 31-3 a year ago. They’ll be led by one of the nation’s top senior duos, DJ Wagner and Aaron Bradshaw, both of whom are Top 10 players in the 2023 class.