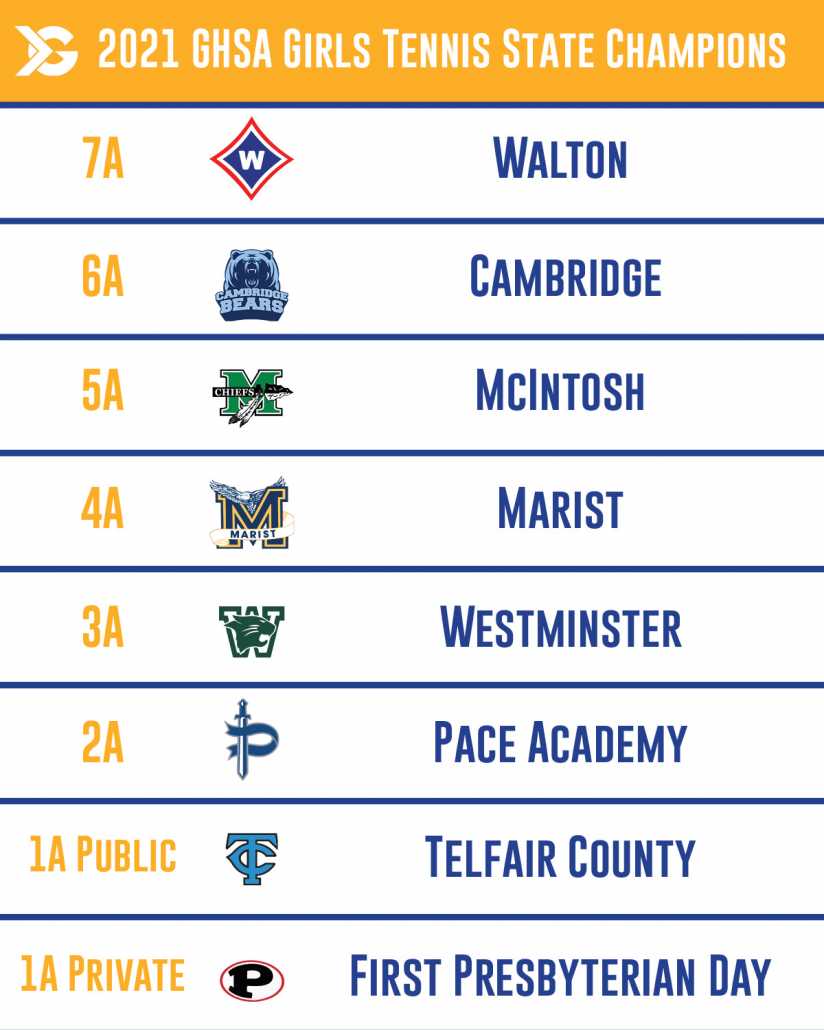 Unlike the boys tennis championships, the girls games featured close matchups in several classifications. One of these was McIntosh defeating Northview 3-2. The Chiefs clinched their first ever girls state tennis title by defeating the 2018 6A champion, who had dropped only one match in the entirety of the playoffs. In 2019, which featured the last edition of the state tournament, McIntosh fell in the quarterfinals to Chamblee, the eventual state champion. This year, they outcompeted all other programs en route to what is sure to be a very sweet first state title.