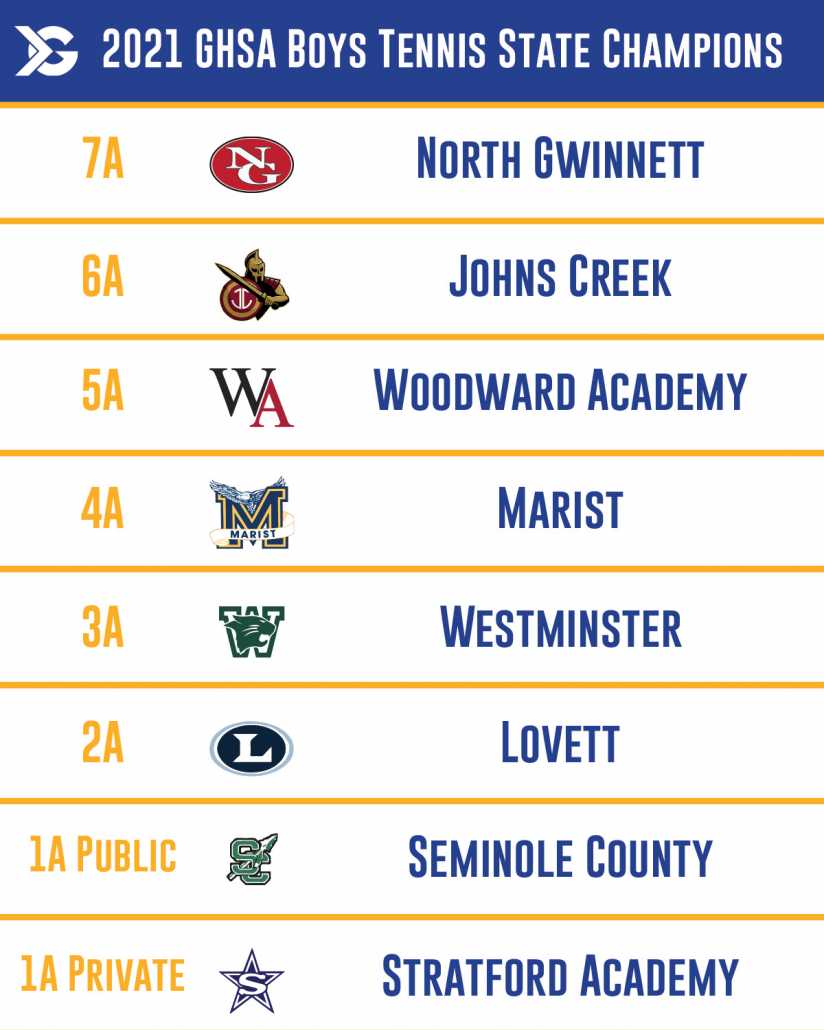 Here are your 2021 GHSA Boys Tennis State Champions! This year marked a continuation of winning ways for both Johns Creek and Stratford Academy, who clinched their third and fourth consecutive state titles, respectively. Winning is nothing new for the Eagles from Stratford Academy. They have won five of the last six state tennis championships in their classification, a feat that has only been accomplished by three other programs since 2000. This year, they dominated their way through the bracket, shutting out Whitefield Academy, Mt. Paran Christian and Paideia to set up a 3-1 victory over Wesleyan, who had also not lost a game in the playoffs. Special congratulations to North Gwinnett and Seminole County for capturing their first ever boys tennis state titles.