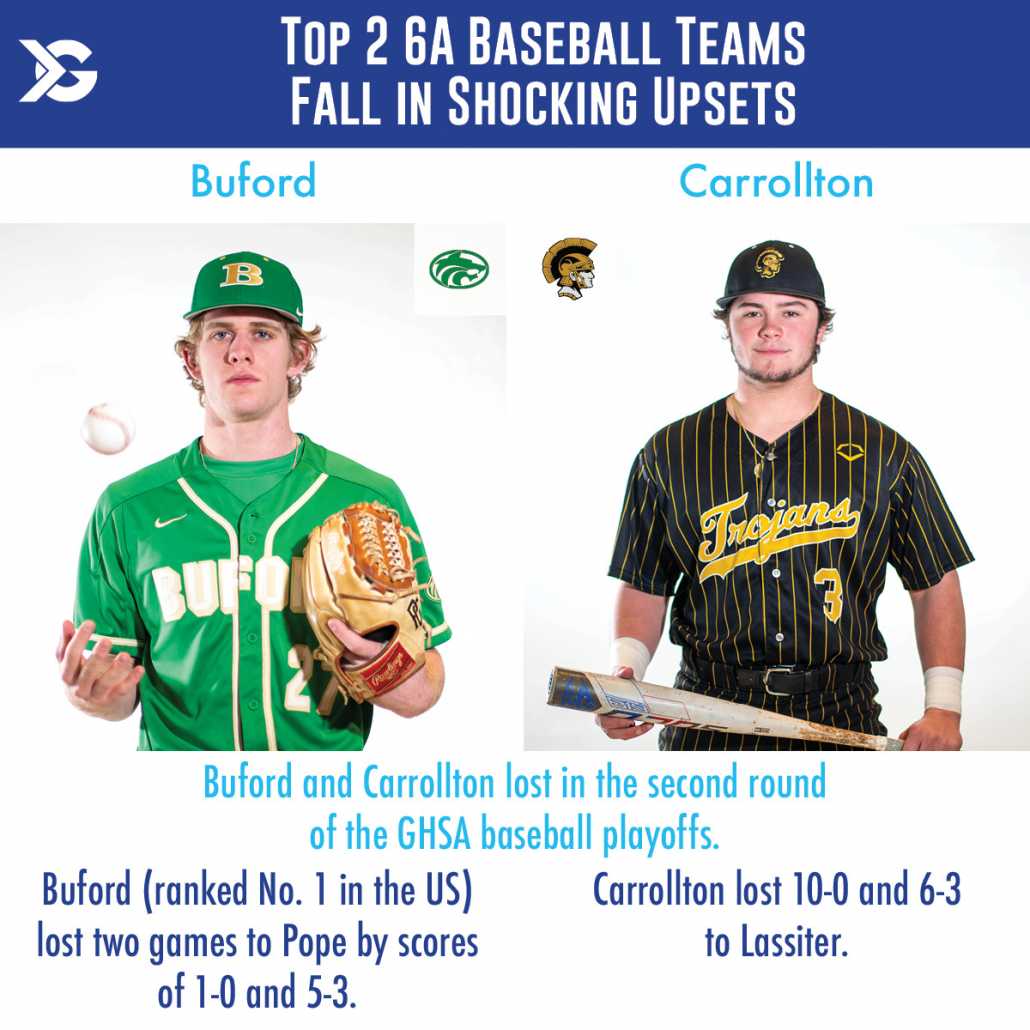 It was a night of shockers last Thursday. First up was Lassiter’s upset of Carrollton, which seemed possible but relatively unlikely. After an impressive 10-0 shutout win on Wednesday night, Lassiter knocked the Trojans out of the playoffs with a 6-3 win. The more stunning upset, however, was that of Pope over Buford. The Wolves were the consensus No.1 team in America with an undefeated 31-0 record. After Pope kept its season alive in the second game of the series with a 1-0 extra innings victory, the Greyhounds converted a base hit into two runs in the top of the seventh inning of the third game, eventually winning 5-3. This may be one of the greatest upsets in Georgia baseball history.