Who Is the Best High School Football Team in Georgia? 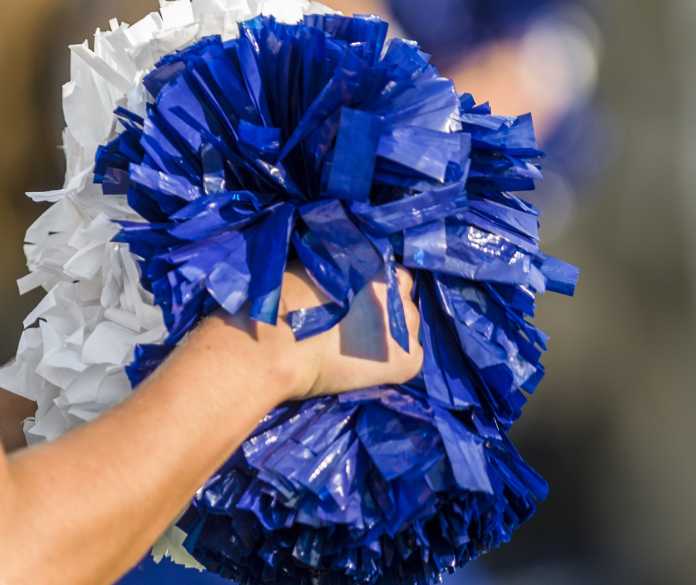 It’s always an honor to be recognized as the best high school football team in Georgia. For the past several seasons, that reward has come alongside a Class 7A state championship, exhibited by Collins Hill last season and Grayson the year prior.

However, a few teams can claim the title of Georgia’s best program from outside the state’s highest classification. Even though North Gwinnett took the 7A crown in 2017, Rome might have actually been the best team, considering its offense set a state record with 758 points. That Wolves squad also defeated six ranked opponents and led wire-to-wire in the rankings all season.

Back in 2010, Brookwood won the state championship in 5A, Georgia’s largest class at the time. However, an upset loss to Dacula in the regular season opened the door for undefeated Chattahoochee in 4A to claim the “best team in Georgia” moniker.

So far, 2022 has provided several unpredictable results. There is no clear frontrunner for status as the best high school football team in Georgia, and there’s a chance that a non-7A team claims the title by season’s end. Let’s look at the current contenders for that prestigious recognition.

One of Georgia’s most successful programs is currently the slight favorite in 7A. The Wolves have won 13 state championships since the turn of the century, but have never claimed a title in the state’s highest class. They have a prime opportunity this year with star talent that includes Justice Haynes, KJ Bolden, KingJoseph Edwards and Eddrick Houston.

Buford has raced out to a 4-0 start, including a win over defending Alabama state champion Thompson to open the season. The seemingly invincible Wolves were brought back to reality, however, after edging North Cobb two weeks ago and trailing Carver-Atlanta at halftime before pulling away last Friday.

The Hawks feature one of Georgia’s most fearsome defensive duos in Caleb Downs, the nation’s top safety, and linebacker Jamal Anderson, a Clemson commit. However, it’s been Mill Creek’s offense that has caught fire so far, averaging over 45 points per game.

The Hawks aren’t playing easy opponents, either. They won a shootout against then ninth-ranked Walton and recently handled 3A’s best, Cedar Grove, 52-36. Those Saints also could have made a case for being the state’s best team after routing Collins Hill and defeating both Westlake and Bainbridge on the road. Buford’s recent return to Earth has opened the door for a Mill Creek bid to be known as the best high school football team in Georgia.

All the talk about Buford and Mill Creek has sometimes left Langston Hughes unnoticed. The defending 6A runner-up is looking for revenge after losing to Buford on a blocked field goal last season, and they are off to a mind-blowing start. The Panthers scored 47 on both Spartanburg (SC) and McEachern before dropping over 60 points against both Mays and New Manchester.

Granted, the Panthers have yet to play a ranked opponent. However, if they are able to win with the same ease against better teams in their classification or across the state, they deserve to be mentioned in this conversation.

It’s nearly impossible to rule the Rams out of this competition, especially after a 4-0 start. In 2020, Grayson’s last 4-0 start, the Rams finished the season undefeated at 14-0, earning national recognition on the back of a suffocating defense.

Similar to Buford, Grayson features loads of talent that has already proven impactful in two wins over some of South Carolina’s best squads. A 20-point blowout of Marietta also strengthens their cause. If the Rams don’t slip up at Lowndes or against rivals Brookwood and Parkview, they may be well on their way to a familiar top spot in the state.

Quarterback Neko Fann and running back Charlie Pace combine for over 270 yards per game, while Amari Wilson and Tyshon Reed have totaled 14 TFLs and 4 sacks so far. A home test against Cedar Grove this week will be an ideal indicator of this team’s stature in relation to the four other listed programs.

With the state ripe for a new champion, several sleeper options could swoop in. Valdosta stunned everyone with a 25-point shutout over Warner Robins and Carrollton silenced Rome behind freshman phenom QB Julian Lewis. Walton and Creekside have bounced back from tough losses and are playing excellent football right now. Even Cedar Grove could quickly erase bad memories of Mill Creek with several opportunities to rectify their drop in the rankings. All things considered, Georgia is truly open for any team to make the claim of being the best high school football team in Georgia, regardless of classification.