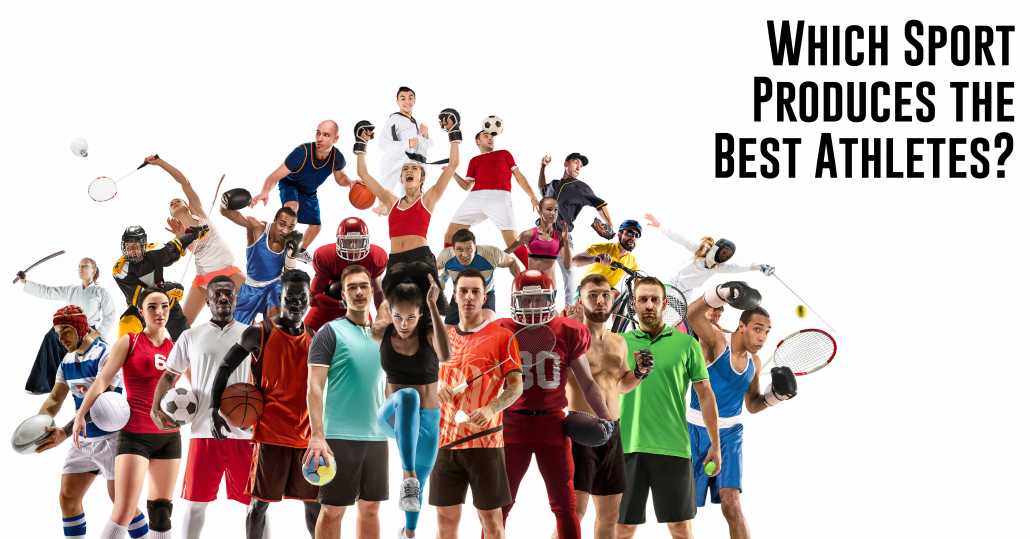 The question always comes up: Who is the most athletic?

Since the time of the Ancient Greeks (and probably even before that), we’ve tried to put the best of the best against one another in competitions such as fighting, racing, and even throwing things like the javelin and discus. Not only was it for entertainment, but it was also a point of pride to be considered the best athlete. This was the birth of sports, and it evolved into what we consume today. Not much has changed, other than the millions of dollars exchanging hands.

There’s always been the debate about which sport produces the best athletes. It’s a difficult debate because many sports require a different range of athletic skill sets that aren’t used in other sports. The best athletes of all time, Deion Sanders and Bo Jackson, are regarded as the best because of their ability to succeed in multiple sports at the highest levels.

So, which sports produce the best athletes? To tackle that question, we need to find the definition of an athlete. Dictionary.com says an athlete is “a person who is trained or skilled in exercises, sports, or games requiring physical strength, agility, or stamina.” I would add that sports require an immense amount of flexibility, critical thinking, and hand-eye coordination. Being able to think and react instantly is essential to an athlete’s success.

With those parameters, I feel like I can break down the best athletes coming from three different sports: football, hockey, and combat sports.

Football requires an immense amount of strength and stamina. Watching the game through a television doesn’t do it justice, as the players are required to break down a play and what the opposition is doing while reacting in an instant.

It may not require as much hand-eye coordination as baseball, but the amount of strength and stamina required to take a hit on nearly every play makes it one of the most athletic sports.

Hockey being mentioned may be a surprise to many, but it requires the most balance, flexibility, and hand-eye coordination. Balancing and moving on ice skates is incredibly difficult; it requires years of practice and training of muscles to accomplish. It takes an insane amount of core strength to stand tall and constantly take checks to keep the puck.

Some might say that basketball players are bigger, faster, and stronger, which is fair. LeBron James may be the greatest athlete in the world. But hockey moves much faster than basketball, requiring a lot of agility to move up and down the ice.

Finally, you have combat sports, such as boxing and mixed martial arts. The ability to take hits to your body and head constantly and remain standing requires strength and stamina. In just three-minute rounds, the amount of movement, focus, and strength needed is higher than almost any other sport. There’s a reason a typical boxer or fighter only fights two or three times a year. The amount of athleticism demanded from these athletes is greater than in any other sport.

The Financial Impact of No Football