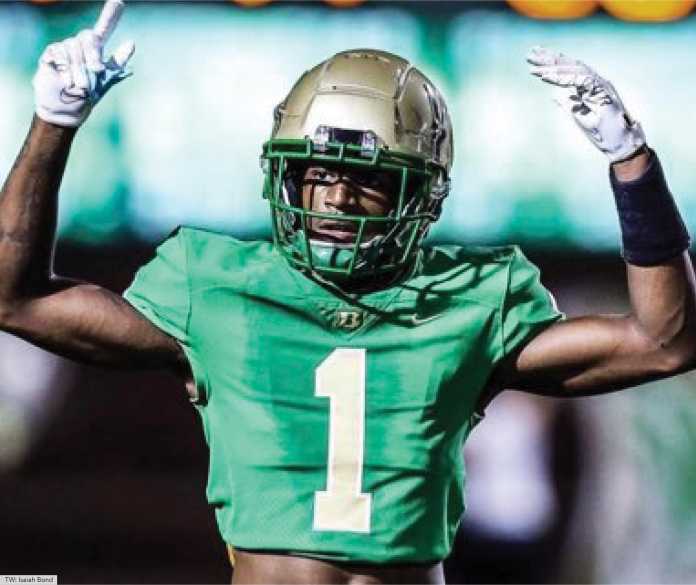 Where Will Isaiah Bond Commit?

One of the top overall players in the state of Georgia, four-star wide receiver Isaiah Bond is set to announce his commitment on Thursday, December 9 from a final three of Alabama, Florida, and Georgia.

A two-sport athlete at Buford (GA), Bond is one of the fastest receivers in the 2022 class, and is a player who see’s time at both wideout and in the secondary for one of the top teams in the state. A Top 100 player nationally, Bond is rated as a consensus four-star prospect, as well as one of the Top 3 athletes in the class.

Committing later this week, where will the Buford standout be playing next season?