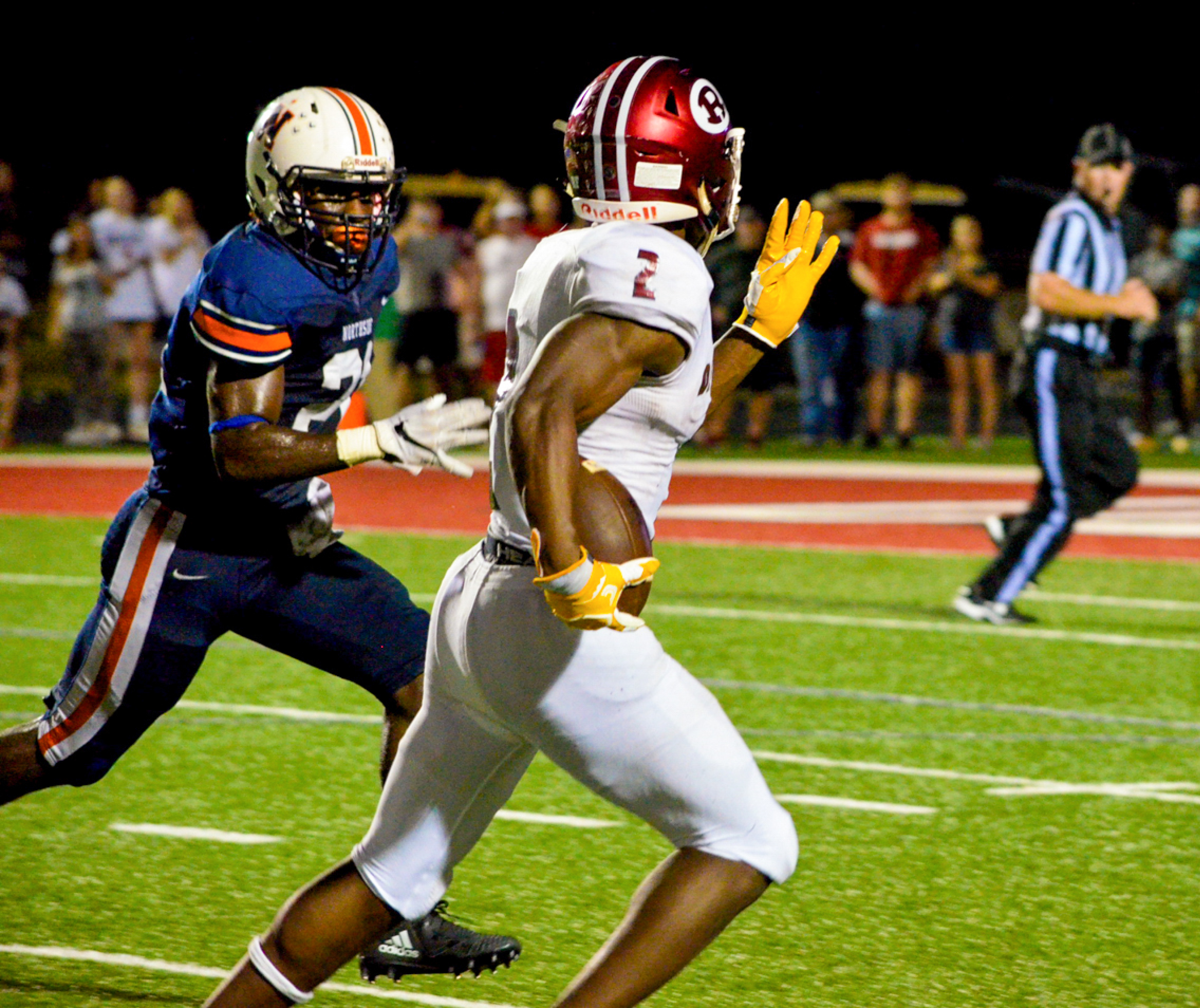 We tell you everything you need to know about the 2022 Warner Robins football team in this preview. We take a look at roster changes and what fans can expect from the team this season.

A lot of talent to replace. That is the reality facing coach Westbrook this season. Several three- and four-year starters have reached the end of their Warner Robins career, and the challenge now is to find the next group of talent. The departed seniors include WR Daveon Walker, who leaves behind 2,128 rushing yards and 21 TDs.

Quarterback Christon Lane is gone, and so are his 2,727 passing yards and 33 passing TDs. An offensive and defensive weapon is also leaving Middle Georgia. Ja’Frederick Perry ran for 1,208 yards over the last two seasons with 22 TDs, and on defense he kept opposing offensives at bay with 163 tackles, threeINT, two caused fumbles and two fumble recoveries.

MLB Jay Carter is another Demons player who was dominant on defense. He finishes his Warner Robins career with 237 tackles and 13 sacks. DB Antwon Jackson will be missed, as he leaves with 86 tackles, two sacks, five INT, three caused fumbles and two fumble recoveries. DT Nathaniel “Scrap” Sanford’s was credited with 24 QB hurries during his time at Warner Robins. Tackles CJ Brooks and Noah Stovall have graduated and will be missed. The Demons also will miss playmaker WR Deuce Petty, who caught 48 passes for 914 yards and 10 TDs while at Warner Robins.

Warner Robins fans will feel better knowing that there are several key members of last year’s championship squad returning this season. Senior RB Malcolm Brown, who suffered a leg injury late in the season and wasn’t able to play in the state title game against Calhoun, was still very much a big part of the Demons’ success last year and in 2020, rushing for 2,434 yards on 314 carries and 27 TDs over the two seasons. He also had 22 receptions for 188 yards and three TDs. The senior will be a welcomed site on the Demons’ offense this year.

Center EJ Carter is returning, as is DL Chayce Smith. Also returning along the defensive line is Vic Burley, who has recorded 131 tackles with 19 sacks so far in his Demons career. Outside LB Elijah Antonio will join Burley and Smith as returning defenders from last season. Westbrook says to watch for junior QB Isiah Canion to compete for the starting QB job this season. He looked sharp in limited playing time last year. The head coach points to another up-and-comer as one to watch this season: WR Cam Flowers caught three TDs last season in limited playing time. He and Canion could be keys to filling a couple of very important roles this season.

Warner Robins has now advanced to five straight state title games in Class 5A, and they’ve won the last two straight championships. Can they make it six straight title game appearances? Don’t bet against Coach Marquis Westbrook and his Demons. But, it will be tough after Warner Robins lost so many players who were a part of that great run.

“We have players who have experienced success and we hope that they match the intensity in our daily preparation to give us an opportunity to win games,” said Westbrook. There is A LOT of talent to replace, but if there’s one guy who doesn’t seem overwhelmed, it’s Westbrook; after all, he’s the one who has put the Demons in position to play for five straight championships.

As long as Westbrook is the head coach, Warner Robins will ALWAYS be in contention at the end. 2022 is no different: 12-3 and back in the state title game.