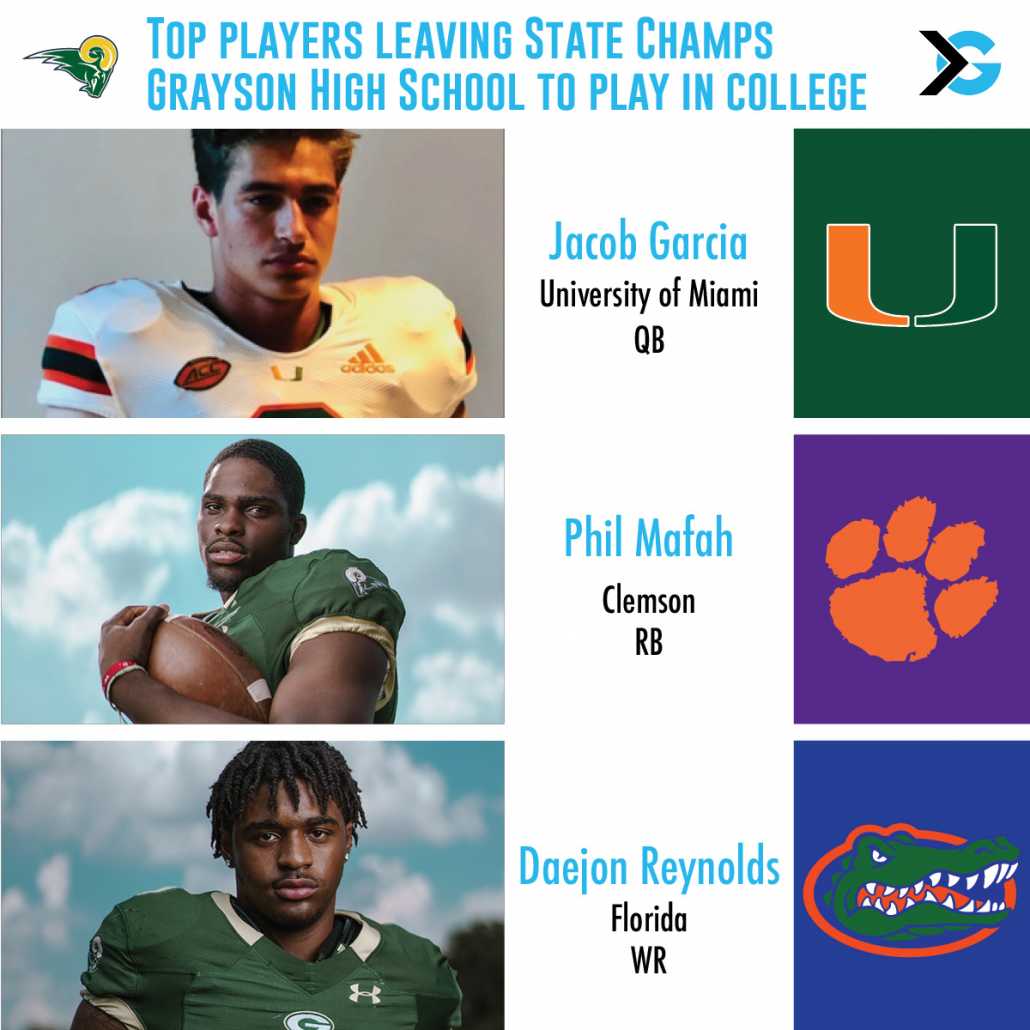 Class 7A defending state champion Grayson High School will go into this football season without some of their best players on offense.

These players will be suiting up for some of the top schools in the country this season, and, after an impressive final high school season last year, they may be contributors on their new teams sooner rather than later.

Grayson High School has produced a lot of talented prospects that went on to play at the collegiate level, and this year’s class aims to send even more players to the ranks of college football.