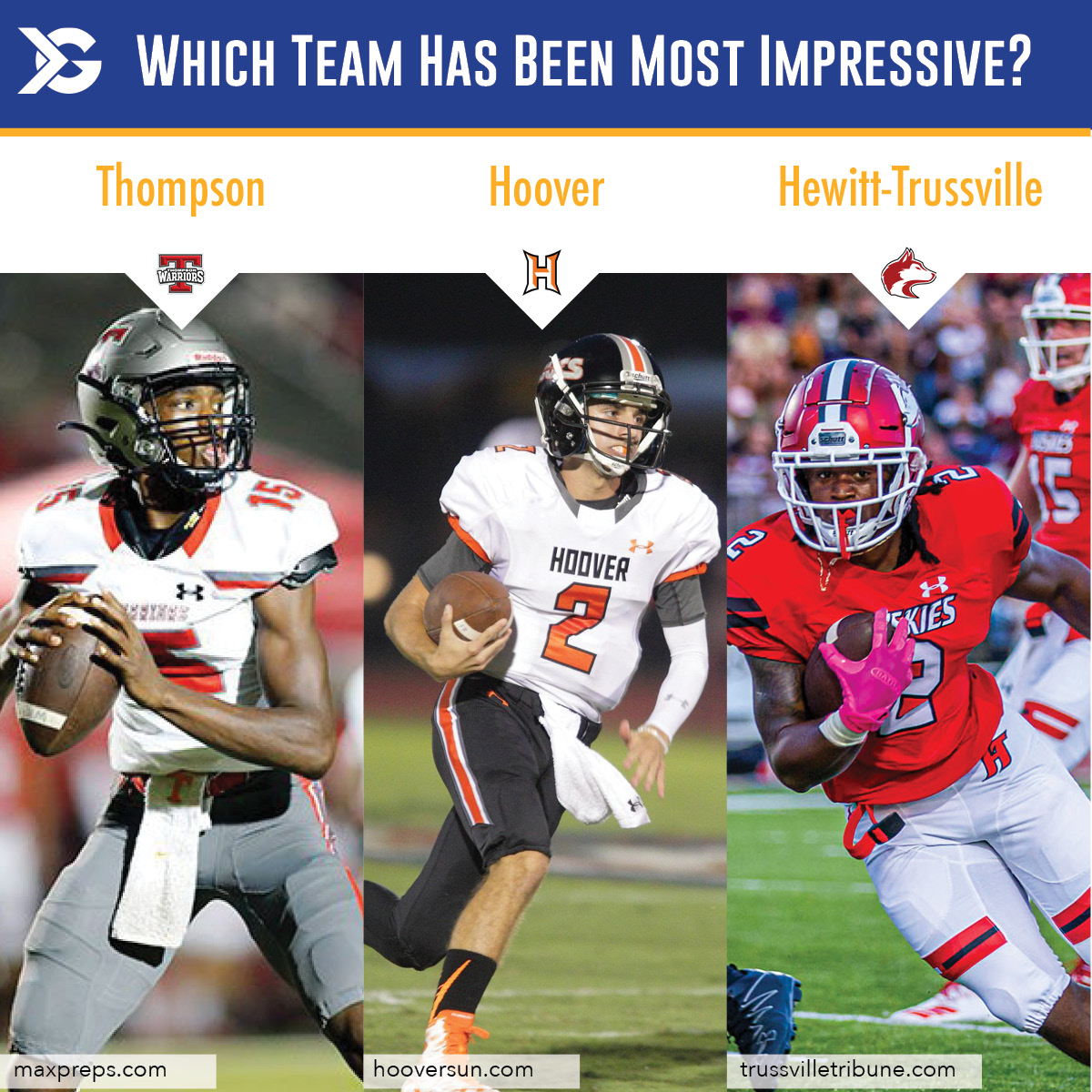 Which Team Has Been Most Impressive?

As the first two weeks of the Alabama high school football season have passed, which 7A power has impressed the most on the field? Is it defending 7A state champion Thompson, who has outscored their two opponents a combined 110-0 across their first two games? What about Hoover, who holds two impressive victories over Georgia teams in North Gwinnett and Alpharetta? How about Hewitt-Trussville football, who holds two impressive victories over 6A foes so far this season?

Arguably the three top teams not just in 7A, but in the entire state as well, which of these has impressed the most so far this season?