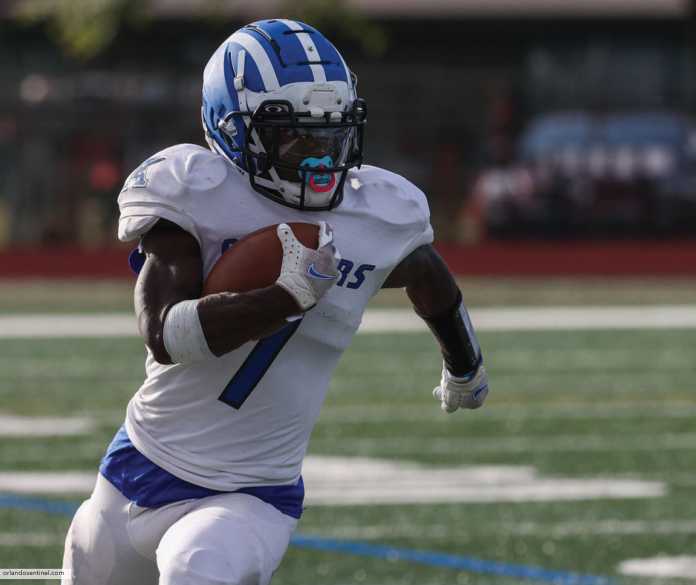 It’s time for the semifinal round of the 2021 Florida high school football season. Here are predictions this week’s matchups in each classification.

Columbus booked a trip to the Class 8A semifinals with a win last Friday night over Palmetto in the third meeting between the two this season, but awaiting in the next round is a road game at Venice, arguably the top overall team in Class 8A. You could certainly argue that Venice/Columbus is the Indians game to lose, while Treasure Coast/Apopka will likely be a close game throughout.

Class 7A provides two phenomenal matchups when undefeated Tampa Bay Tech hosts Lake Gibson, as well as arguably the top matchup in the state when St. Thomas Aquinas hosts Buchholz. Both games should be close, with St. Thomas Aquinas/Buchholz as likely a high-scoring contest between two impressive offenses.

Jesuit puts an undefeated season on the line against Northwestern in a home matchup that could go either way. Not only will be the matchup between those two be close throughout, Pine Forest hosting Jones is also a toss-up, but Jones is a prime candidate to pick up a semifinal road win.

Another strong choice face the top semifinal game this week in the state is Cocoa hosting Bolles in a matchup of two dominant teams. That game will be one of the most must-see in the state this week, while Cardinal Gibbons should cruise to a trip to the Class 4A state title game.

Chaminade-Madonna will likely pick up a big win to clinch a spot in the Class 3A state championship, while the other game will likely be close. In what will be a battle of unbeatens, Berkeley Prep you could certainly make an argument are the favorite at home.

The Class 2A semifinals feature an opportunity for two road upsets with the likeliest being Champagnat Catholic over First Baptist. The more-intriguing game comes from Orlando Christian Prep hosting Trinity Catholic, arguably the overall team in Class 2A.

The Class 1A semifinals is arguably the most-predictable of any classification in the state this week with Hawthorne and Madison County liking cruising to big wins. While Hawthorne will host their semifinal matchup, Madison County has to travel to Chiefland, and will not be an easy task against the 11-1 Indians.