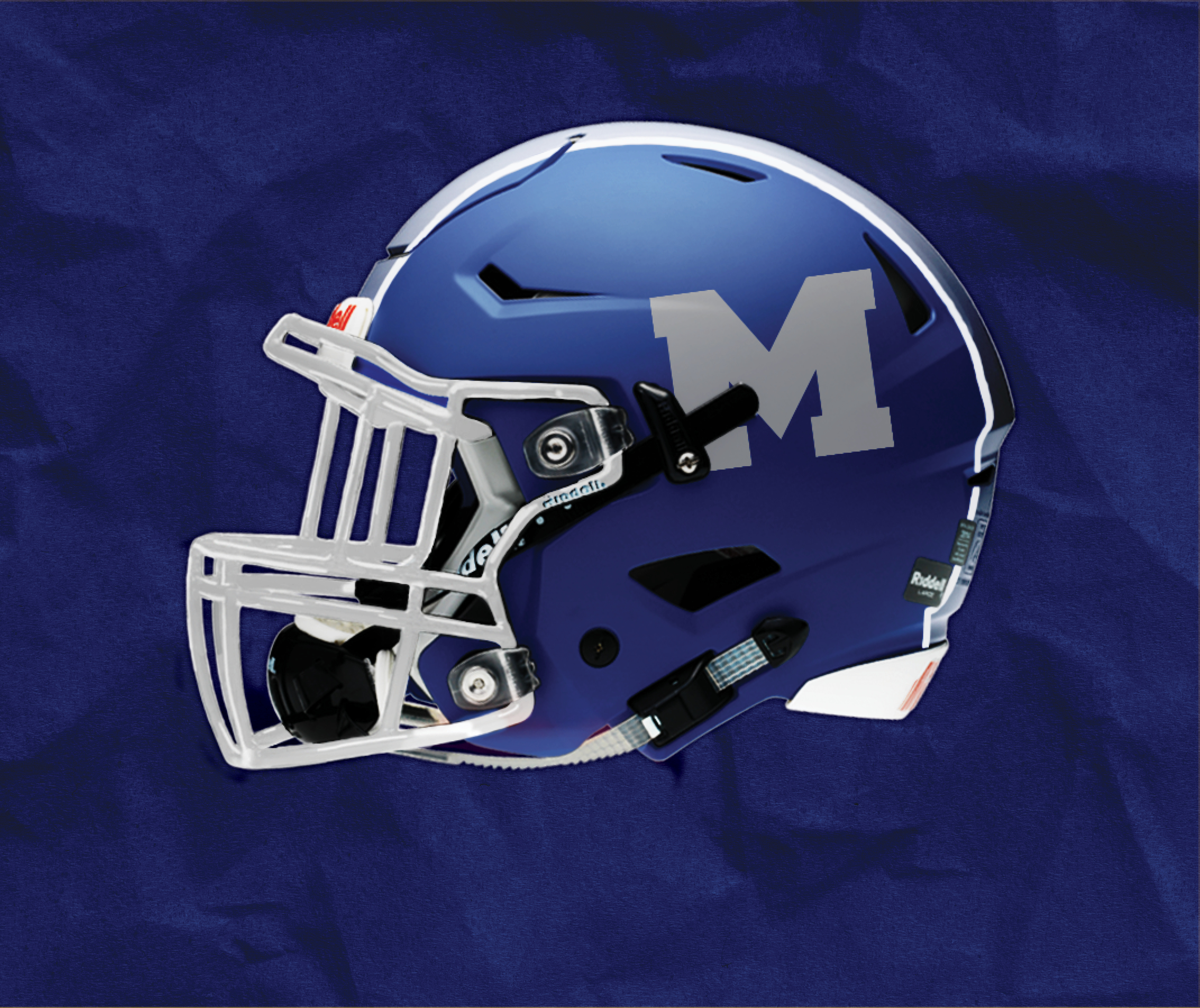 We tell you everything you need to know about the 2022 Marietta football team in this preview. We take a look at roster changes and what fans can expect from the team this season.

The Blue Devils lose some major firepower, especially on offense. Gone are quarterback Tyler Hughes and a trio of receivers who hauled in a ton of catches, yards and TDs. Hughes is off to William and Mary to continue his football career, and he leaves behind a most impressive stat line of 6,550 yards passing with an incredible 77 TDs.

The players who were mostly on the receiving end of his throws include two-way standout Daniel Martin, WR Kamryn Perry and TE Camden Overton. All will head off to play on fall Saturdays. Overton is off to the University of Tennessee at Chattanooga, while Perry heads to Indiana to play for the Hoosiers. Together they combined for 33 TDs and over 2,600 yards receiving during their time at Marietta.

Martin is headed off to play at Vanderbilt and he leaves behind a lot of production from both sides of the ball. He caught 53 passes for 914 yards and eight TDs. On defense, Martin recorded 246 tackles with10.5 sacks. He also came through with two interceptions, two fumble recoveries, and six forced fumbles. Defender Ezekial Durham-Campbell enjoyed a solid career while a Blue Devil, finishing his career with 59 tackles and 7.5 sacks. He heads to Lenoir-Rhyne to play collegiately. Tackle/LB Emmanuel Olaitan had 53 tackles and four sacks and was rewarded with an opportunity to play with the Bears of Shaw University.

The big-time losses in personnel will be offset by several starters who were instrumental in Marietta’s bounce-back, seven-win season and a second-round trip in the state playoffs. Returnees from that team include receiver Christian Mathis, who has over 1,500 yards receiving and 92 receptions heading into his senior season.

Jace Arnold gives Marietta a solid presence in the defensive secondary this year, as well as an experienced kickoff returner. He had 292 kickoff return yards last season with two kicks returned for a TD. Another DB, Devin Clark, is returning this year, and is a ball hawk in the secondary. He has three INT so far, with 25 tackles. Senior DB/WR Nakari Ashley is yet another experienced two-way player returning to the 2022 Blue Devil squad, and he will join Clark and Arnold to patrol the defensive backfield for Marietta this season.

Senior Broderick Tommie will line up on both line of scrimmages, as an OL and NG. The 6-foot-3, 300-pound lineman has 88 tackles and four sacks from his NG spot. His return gives the Blue Devils a big boost in the middle of both lines.

Head coach Richard Morgan talks about some of the challenges his Blue Devils will be facing this year.

“This will be the youngest team we have had in six years, and we must replace 16 starters. But we have a great group of young men to work with,” he said.

Morgan said despite the challenges, it really doesn’t change Marietta’s goals and approach to the season.

“We expect to compete for championships just as we do every year,” he said.

The Blue Devils will have a challenging schedule in 2022, with Grayson, Buford, North Cobb, Roswell and McEachern included. The biggest question mark this year will be who replaces Hughes at QB.

The Devils have a few question marks, but Morgan is a veteran coach who will put Marietta in a position to win. I’ll go with 7-4 this year.