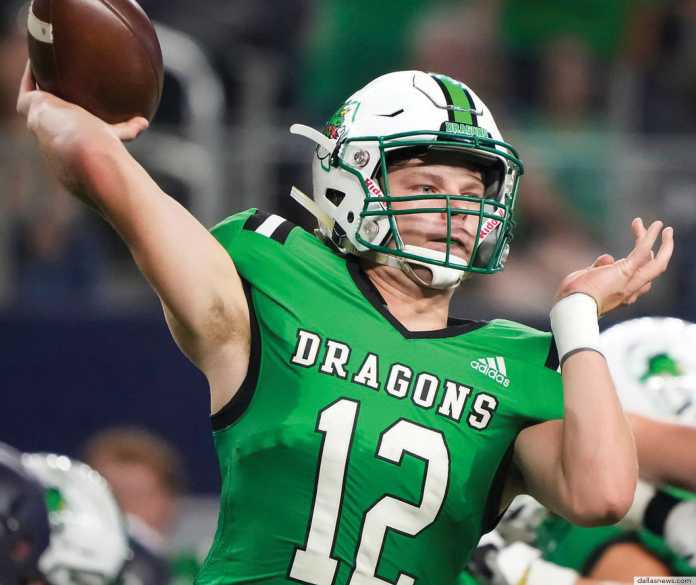 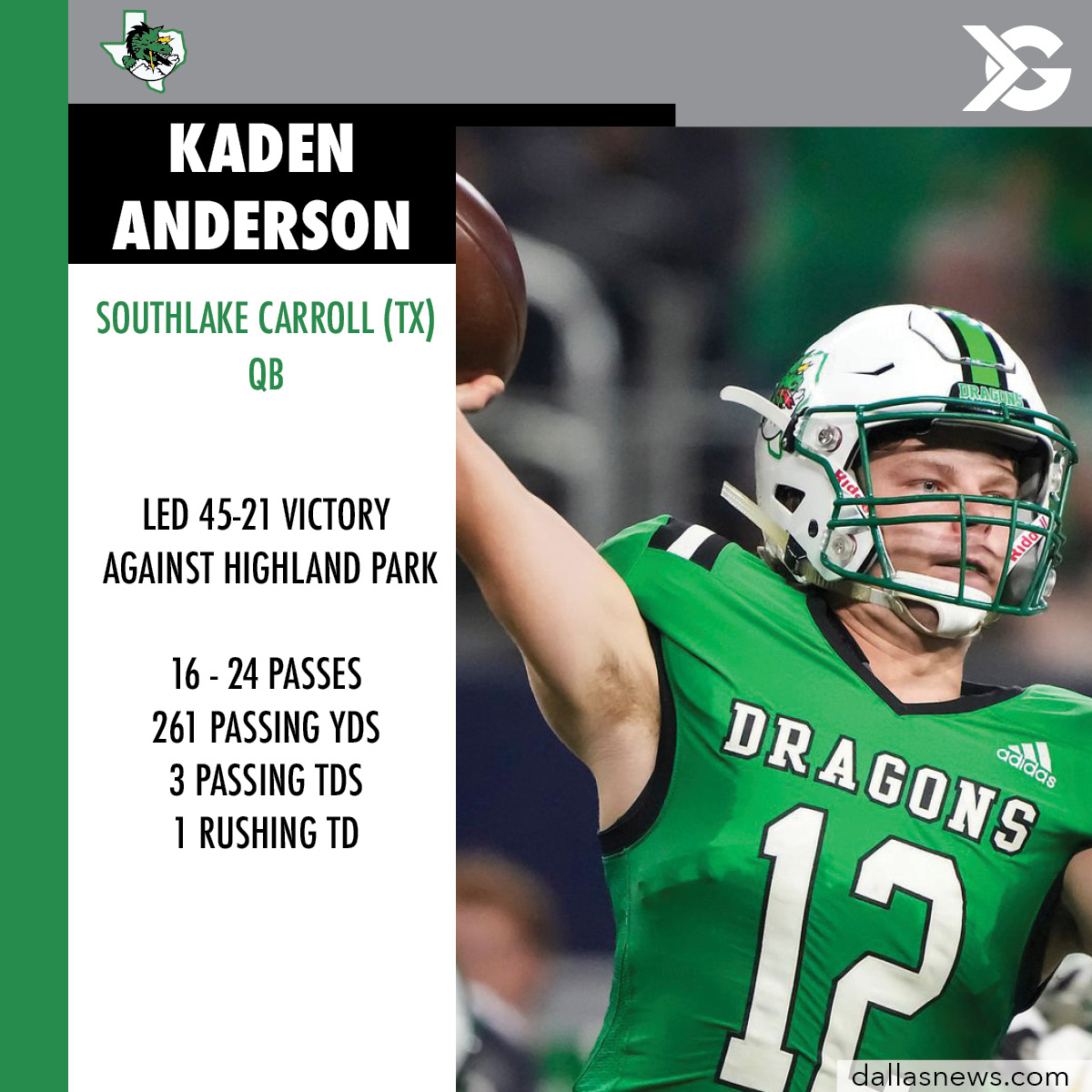 After the nation’s No. 1 overall recruit in quarterback Quinn Ewers decided to re-classify and enroll at Ohio State this year, junior quarterback Kaden Anderson found himself under center as the new signal caller for Southlake Carroll (TX) in their season opener.

Anderson led the Dragons to a 45-21 victory inside AT&T Stadium against Highland Park. He completed 16 of his 24 passes for 261 yards and three touchdowns, also adding another score on the ground.

Anderson now appears cemented as the replacement for Ewers and will lead the Dragons into their next game against Rockwall-Heath on Sept. 2.