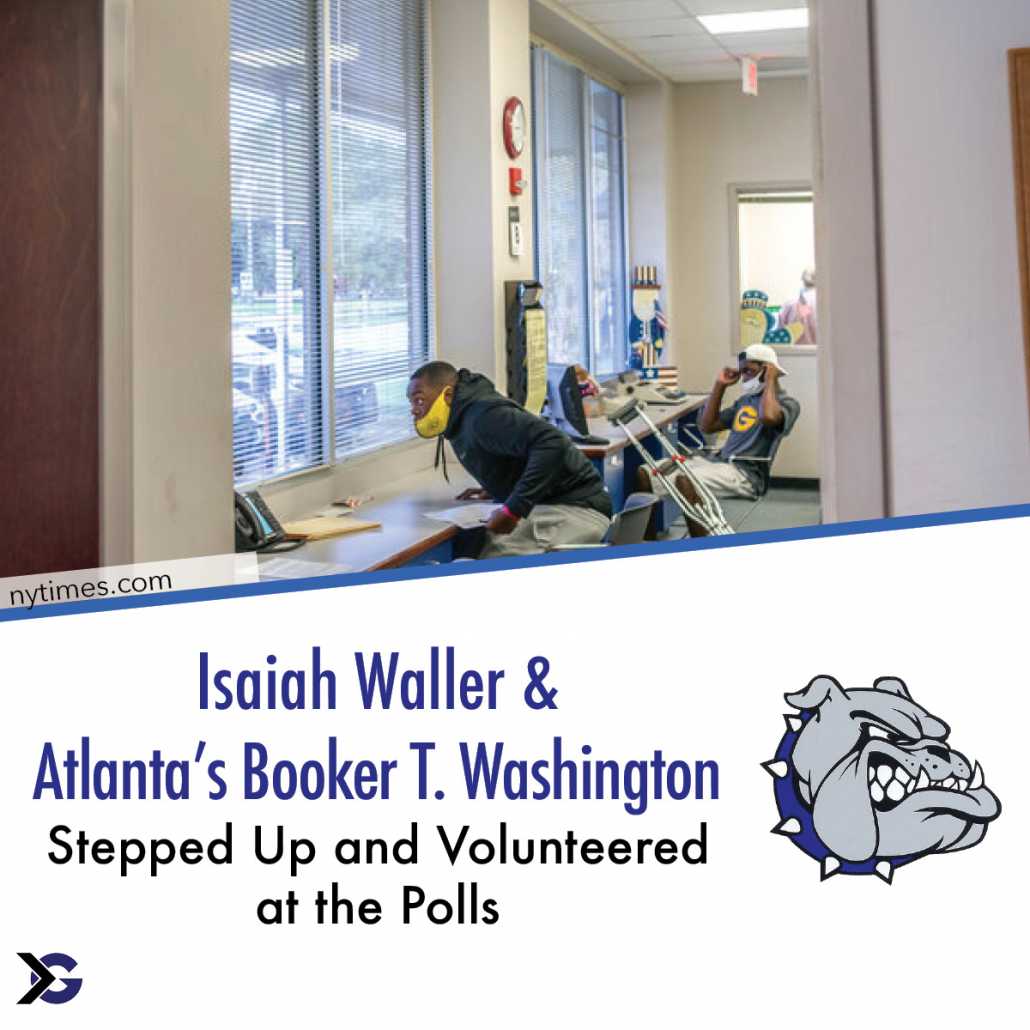 In efforts to support the 2020 presidential election, the Atlanta Falcons reached out to football teams across the state and encouraged these student-athletes to volunteer on Nov. 3 at their local polling sites. Atlanta football recruit Isaiah Waller volunteered at the polls. Isiah, along with several Booker T. Washington students decided to get involved in the process.

“It’s something I never really paid attention to because I didn’t have a vote, but now that I’m getting older, I’m starting to get more involved,” said Waller, 17.

After a zoom call with Falcons players Ricardo Allen, Alex Mack, and Steven Means, the high school football athletes were all on board to be a part of history in the making.